New rules published as part of the Home Offices new immigration policy, could mean that non-UK nationals who are rough sleeping could face deportation. The new rules are set come into affect on December 1st and would make rough sleeping grounds to cancel or refuse a persons right to stay in the UK.

The Home Office have said that the policy will only be used when the individual has refused support and as a last resort, but many organisations are unconvinced about this.

Following the announcement of this policy, leading UK charities have asked the government to reconsider their plans. They have warned that they could prevent vulnerable homeless people from seeking the vital help that they need through fear of deportation.

78 organisations including Crisis, Shelter and St Mungo’s have now signed a letter sent to the home secretary and housing minister, asking them not to punish people for being homeless.

“Those legally in the UK with no access to state support, and for whom employment is not possible during the pandemic, risk being pushed into exploitative work and potentially modern slavery to avoid sleeping rough and putting themselves at risk of deportation. It may also risk domestic abuse survivors being forced to stay with their perpetrators or unable to seek help.”

What have charities said?

As well as signing the above letter, many charities have released their own statements condemning the new policy.

“This new policy from the government is unacceptable and cruel. It will push people who are in the UK legally and facing homelessness further into the fringes of society, rather than encouraging them to seek support.”

It’s not just charities that have opposed the Home Offices plans, but also many politicians from the Labour party.

In a similar letter to the one sent by charities, the Mayor of London, Sadiq Khan also called out the inhumane rule. He said:

“The injustice and cruelty exhibited by the proposed new immigration laws is a chilling reminder of how the most vulnerable people in our society can be targeted when those in power don’t believe anyone will notice or care.”

Shadow Home Secretary Nick Thomas-Symonds backed up the Mayors statement,  he told The Guardian that deporting homeless people was immoral and that the Home Offices plans were particularly appalling as we face the deepest recession in decades and are still in the middle of a global pandemic.

Do you Need Immigration Support?

If you are worried about deportation or are currently being detained, our lawyers at the Immigration Advice Service are here to help you. We offer assistance to asylum seekers in the UK and our immigration solicitors are available for urgent issues. 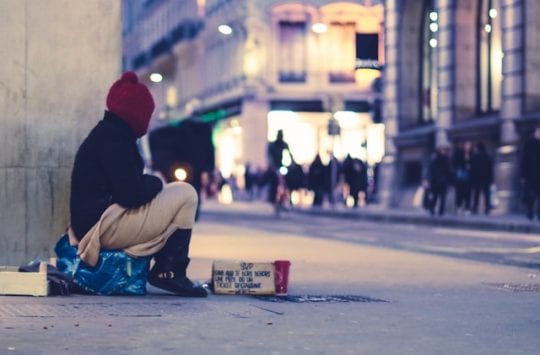 The new plans from the Home Office could see some of the most vulnerable people deported from the UK [Image credit: Ev visa Unsplash]