The Home Secretary’s “New Plan for Immigration” policy has come as a result of her promise to overhaul what she has called a “fundamentally broken asylum system.”

If the new policy does go ahead, it will mean that for the first time the way that a person enters the UK will impact their asylum claim.

The policy is currently undergoing a consultation period that will end this week, but so far, it is yet to receive a warm response from human rights campaigners and organisations who have labelled it as “unworkable and potentially unlawful”. 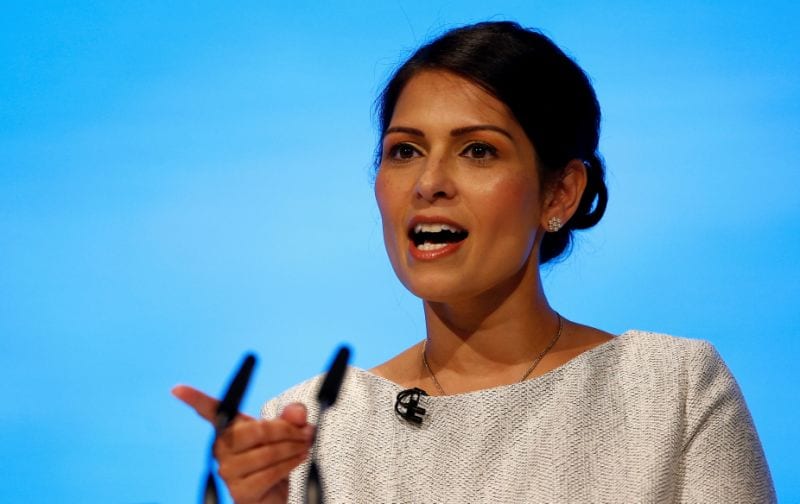 What is the New Plan for Immigration?

Unveiled in March, the government’s New Plan claims to have three objectives:

The Home Office’s solution to the above objectives is to change the way in which asylum claims are processed by using a person’s means of arrival to judge how worthy they are of asylum.

Under the New Plan, those entering the UK using irregular means will receive a lesser form of protection that includes temporary status, no access to financial support and limited rights to family reunion. They will also be regularly reassessed for removal from the UK.

Only asylum seekers entering the UK via official resettlement routes will be given a right to settle in the UK.

This new policy has been met with outrage by a vast number of human rights campaigners and organisations, who have clearly expressed their views to the Home Office during the consultation period.

Responding to the unveiling of the New Plan, Refugee Action said:

Freedom From Torture has also condemned the New Plan, claiming that the policy could also be unlawful, they said:

“To suggest that we will now criminalise asylum seekers or turn their boats around because they had no choice but to seek entry to the UK without permission is both morally wrong and unlawful. Many of the people we work with had to arrive in the UK irregularly, as there is no visa for claiming asylum.”

The Refugee Council have said that the policy is a stain on “Global Britain”, their CEO Enver Solomon said:

“The government is effectively creating a two-tier system where some refugees are unfairly punished for the way they are able to get to the UK. This is wholly unjust and undermines the UK’s long tradition of providing protection for people, regardless of how they have managed to find their way to our shores, who have gone on to become proud British citizens contributing as doctors, nurses and entrepreneurs to our communities.”

The Government has made attempts to justify the controversial plans by claiming that they will protect individuals from dangerous human smuggling gangs.

Chris Philp, the minister for UK immigration compliance and justice, said: “With each day that passes, more vulnerable people are falling prey to organised crime gangs and risk dying in the back of lorries and at sea. We have a responsibility to put the new plan for immigration into action so that we can fix the broken asylum system.”

But the policy lays out no new plans for increasing the number of resettlement routes available and many argue that the only way to prevent dangerous smuggling gangs is to create more safe routes to asylum.

Resettlement routes and the failure to protect asylum seekers

Currently, there are only a small number of resettlement routes available, they include the Syrian Resettlement Programme (VPRS), the Vulnerable Children’s Resettlement Scheme (VCRS), the family reunification programme (MRS) and the Gateway Protection Programme (GPP).

To be eligible, asylum seekers must either be classed as a vulnerable child, already have family in the UK or must have been living in resettlement camps. This means that there is a significant lack of options for asylum seekers who need to flee their homes quickly due to imminent danger and for many the use of irregular routes such as dangerous Channel crossings or assistance from smugglers is the only viable route to safety.

Criminalising those who use irregular means not only violates international law (the 1951 Refugee Convention recognises that due to their situation asylum seekers may need to use irregular routes and cannot be criminalised for this providing they claim asylum) but it will do nothing to protect people who are vulnerable to human smuggling gangs, instead it will further prevent them from seeking the safety that they so desperately need.

Our IAS immigration lawyers are experts in all areas of UK immigration law, including the asylum system. Seeking asylum in the UK can be a complex and overwhelming process, but our team of caseworkers are here to help. No matter how complex your situation may be, one of our lawyers will be able to assist you.

We offer urgent advice sessions for those facing immigration detention or deportation. During an advice session, your caseworker will discuss your situation with you, advise you on your options and the next steps that you should take and can answer any questions that you may have. We will be here to support you throughout the entire process.

We can help you if you need help with your asylum claim. Call us now