A recent inquest had heard that Alex Tekle, an Eritrean asylum seeker who was just 18, took his own life after being moved to adult accommodation and suffering from alcoholism, mental health issues and being assaulted.

Mr Tekle arrived in the UK in a refrigerated lorry in December 2016, he was found dead just a year later on December 6th 2017, 3 months after he turned 18.

Upon his arrival in the UK Tekle was placed in the care of Kent County Council’s children’s services. The council launched an age dispute case in relation to Tekle but decided to move him to adult home office accommodation in March 2017 whilst the dispute was ongoing.

Tekle is one of four young Eritrean asylum seekers from the same friendship group to take their own lives within a 16-month period after arriving in the UK. 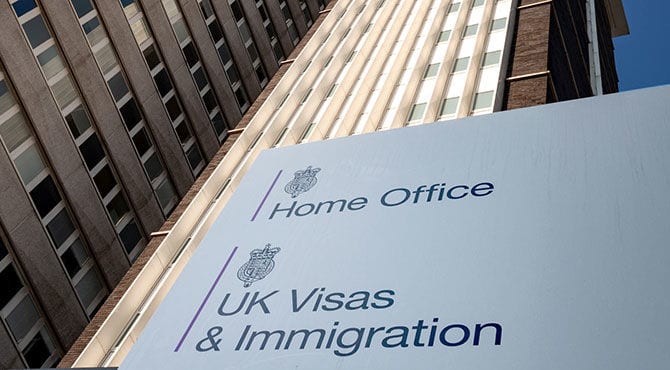 Benjamin Hunter, a friend and advocate of Mr Tekle, who met him while working for a child refugee charity in Calais, told the coroner that Tekle had started drinking alcohol to cope with stress and trauma.

In the last 6 months of his life, he is said to have been taken to hospital by on another 3 occasions, twice due to hypoglycaemia caused by alcohol intoxication and once after he was stabbed in a random attack.

The inquest also heard that before his death Tekle was dealing with trauma relating to the suicide of his friend, Filman Yemane, who was also an Eritrean asylum seeker and who took his own a few weeks before Mr Tekle took his own.

Tekle became the second of four Eritrean asylum seekers who were all friends to kill himself. Filmon Yemane took his life in November 2017 shortly after having turned 18. Osman Ahmed Nur was 19 when he was found dead on 10 May 2018 in a communal area of a young people’s hostel in Camden and Mulubrhane Medhane Kfleyosus was also just 19 when he was found dead on 18 February 2019 in Milton Keynes.

Statements from Tekle’s family and friends

The inquest heard several statements from Tekle’s family and friends, describing the person he was and the hopes and dreams that he had for his life in the UK. His father said:

“He had a brilliant sense of humour and found it easy to get on with many different people. He was an outgoing young man and made friends easily…Something that struck me about my son was how loving and caring he was. He was always looking after other people and this was a special quality of his.”

Speaking about his son’s ambitions he continued:

“He had ambitions to become a professional cyclist. He practised as much as he could. He had a love of sports more generally. While in Sudan he learnt to drive a motorcycle and wanted to learn to drive a car. Although he didn’t say much about how he was feeling. I know he must have been very scared about what he saw.”

Another element of Tekle’s life that the inquest heard about was his fear surrounding his immigration status. His girlfriend Luul Mohamed spoke about this in her statement, she said:

“Alex’s immigration status was uncertain and this caused him a lot of stress. I remember him saying he didn’t know why he bothered to come because he couldn’t get his papers. He thought life was better and he thought he might be able to work and help his family by sending money back. He said he regretted ever coming to the UK. Alex thought no one wanted to help him.”

Alex had been trying to get to the UK for two years before his arrival, as part of his journey, he spent time in a jungle camp and had to walk through a desert, where he watched others making the same journey as him die, including children and a woman he had tried to help.