The K2 visa is a nonimmigrant visa for unmarried children (under 21 years of age) of K1 fiancé visa holders. With a K2 visa, the dependent children have permission to enter and stay in the United States until an immigrant visa is made available to them. While they are in the U.S., they can go to school and work after obtaining a work permit.

They can obtain a K2 visa from their parent’s K1 fiancé visa petition. In other words, it can be a joint petition for both the K-1 applicant and their children. The U.S. citizen filing the petition will include the names of their fiancé(e) ’s children on the I-129F petition.

Within 90 days of entering the United States, the K1 foreign fiancé(e) and the U.S. citizen must get married.

Once they are married, their K2 dependents can apply for permanent residence by filing an application to adjust their status and obtain a green card.

The children can either join the K1 parent or accompany the K-1 parent within 12 months from the date the visa was issued. If they don’t enter the U.S. within the 12-month period, they will have to file a separate visa petition.

Another eligibility requirement is that the child must be unmarried. In addition, the marriage between the fiancé and the U.S. citizen must take place before the child’s 21st birthday.

It’s worth noting that the K1 visa is strictly for fiancé(e)s and is not available to already married couples. Therefore, you cannot file the K2 for your children if you are already married.

But if you are a U.S. citizen who is already married to a foreign spouse, you can still bring your spouse and children to the U.S. through another visa. In that case, you will need to file a K4 visa petition to apply for the children’s admission to the United States. To be eligible, the form must be submitted alongside the K3 spouse visa petition.

What are the eligibility requirements for the K2 Visa?

The eligibility requirements for a K2 visa include:

To improve your chance of receiving a favourable decision, it is important to complete the application thoroughly and to a high standard.

If you have any questions regarding your K2 visa application, contact an immigration lawyer for advice on your specific case. 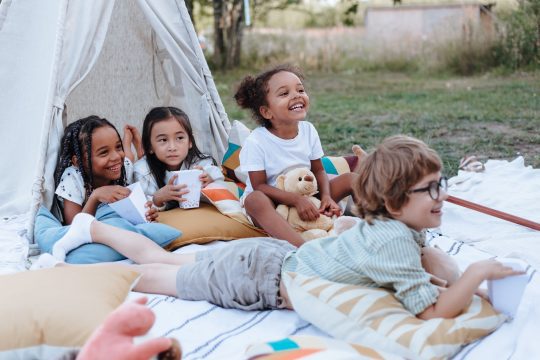 How to apply for a K2 Visa

As with all visas, several steps are required to apply for a K2 visa. The first step is for the sponsor to submit an I-129f form to the United States Citizenship and Immigration Services (USCIS). The sponsor or petitioner, in this case, is the U.S. citizen who wishes to bring their foreign fiancé(e) along with the fiancé(e)’s children to the U.S.

USCIS will review the petition and either approve or deny it. They may also request more information that may help them make an informed decision on your case. If you need to provide additional information or documents, USCIS will send you a message containing the list of the required items and the deadline for submitting them.

If the petition is approved, USCIS will forward the case to the National Visa Center (NVC). And from the NVC, the case will be sent to a U.S. embassy or consulate where the foreign fiancé(e) and their children reside.

Both the petitioner (U.S. citizen) and the beneficiaries (foreign fiancé(e) and their children) will receive notifications of every progress regarding their petition.

Once the case gets to the embassy or consulate, the foreign fiancé(e) and their children will be told to submit necessary documents and payments for their visa application.

When the U.S. Consulate receives your request, you will be asked to schedule a medical exam with a licensed physician. Apart from the medical exam, you may also need to provide proof of your vaccination history.

The next step of the application process is the visa interview. Interviews for K1 and K2 visas may be conducted at the same time. The child may also be interviewed based on their age.

What documents do you need?

You must submit documents in the format and manner specified by the United States Citizenship and Immigration Services (USCIS). Failure to follow the guidelines can lead to delay or denial of your application.

You will need to bring the following documents for the visa interview:

Other documents are required and may vary from case to case. You should be ready to send more information where required by the consular office. If the official documents are not in English, you will be asked to send certified translations.

The general fee structure for the K2 visa can be broken down into three segments: Form I-129F filing fee, Embassy fee, and Biometrics fee. The current rates for each of these three categories are listed below:

The first charge is part of the I-129F filing fee. Form I-129F is used to request USCIS to bring your fiancé (e) (K-1) and dependent child (K2) to the United States.

Please note that embassy fees may vary from country to country. Citizens of certain countries are exempt from paying this fee. Therefore, don’t hesitate to contact the U.S. Embassy in your country to know the exact amount of fees to be paid.

The wait time for K2 visa application is relatively short compared to other U.S. visas. Most applicants will receive a decision within 4-6 months.

You can monitor the status of your visa application on the USCIS website after submitting Form I-129F.

It is particularly important that an accurate and completed application is submitted with all the necessary documentation to ensure that your case is not delayed.

If you have any questions regarding your application, don’t hesitate to contact an IAS lawyer to discuss how we can assist you.

How long does the visa last?

A K2 visa holder is authorized to stay in the United States as a nonimmigrant for up to 90 days.

It is mandatory that the U.S. citizen and the fiancé marry each other within this 90-day time frame. If the marriage does not occur, the K2 visa holder may have to leave the United States within 30 days.

Get in touch with our expert immigration lawyers to receive assistance on your K2 Visa case. Contact Us

Can you extend the K2 Visa?

No, it is not possible to extend the K2 visa. As a nonimmigrant visa, it is essentially a temporary visa issued on the condition of marriage between the parent of the visa holder and a U.S. citizen. So it is not renewable.

However, you may want to switch to another visa category to apply to become a Lawful Permanent Resident (LPR) of the United States.

This LPR immigration status gives you more freedom and rights, and it is a gateway towards U.S. citizenship and naturalization.

We will give you remarkable assistance and advice to ensure you receive the highest level of service with your immigration case.

Our friendly customer support team is available to provide additional assistance if needed during the process.

How IAS Can Help You

IAS has helped many clients with K2 visas, and we look forward to assisting you with your case. We know the value of being able to join your loved ones to settle in the United States.

Some of the supports we can offer include:

You can contact us on +1 844 290 6312 for a confidential conversation with one of our Immigration Lawyers.

If you have any questions about your application, our team is happy to assist. Contact Us

Holders of a K2 visa are granted permission to take up legal employment in the United States. They must first obtain an employment authorization document (E.A.D.), also known as a work permit. To do this, they must file Form I-765 form with USCIS.

If the parent holding the K-1 visa does not marry within 90 days, the K2 visa holder must leave the United States within 30 days after the 90 days period.

The K2 visa has a number of advantages over many other nonimmigrant visas. One of them is the relatively easier application route. This is because it can be jointly filed with a K1 visa, which means if the K1 visa is approved, their dependent children also stand a high chance of getting approval, as long as they are qualified. In addition, it offers a quick pathway to a green card through adjustment of status. This also means you can become a U.S. citizen within a few years after entering the U.S.