What is Refugee Family Reunion?

People who have made a successful asylum claim are granted Refugee Status in the UK, this allows them to live in the country for up to 5 years, after which they could be eligible for Indefinite Leave to Remain. Due to the nature of their circumstances, refugees may have had to leave family members behind when fleeing their country of origin.

Refugee Family Reunion is the process in which refugees in the UK can be reunited with their family members. Under the Family Reunion route, refugees and those with humanitarian protection can sponsor their partner or children so that they can join them in the UK. These family members can only join a refugee sponsor in the UK providing that they formed part of the family unit before the sponsor fled their country of origin.

It’s worth noting that whilst Refugee Family Reunion will grant you leave to remain in the UK with your sponsor, you will not be granted refugee status or humanitarian protection, this status is only granted to those who make an asylum claim.

Who qualifies for family reunion?

Partners and children of people with refugee status or 5 years humanitarian protection in the UK can qualify for family reunion to join their family member in the UK.

You and your partner must also intend to live together and continue your relationship after they apply.

If you wish to bring your child to the UK to join you using Refugee Family Reunion your child must:

Unlike other types of family visas, there is no income of English language requirement for the Family Reunion Visa.

How do I apply for a family reunion UK?

If outside the UK, your partner and children must apply for an entry clearance visa under the family reunion category online at the gov.uk website. As well as this application, your family members must fill in the family settlement application form (VAF4A) with Appendix 4.

You can apply for your children on their behalf but in most circumstances your partner will need to complete their own application to join you in the UK.

Applications for family reunion made in the UK should be made by writing to UKVI and the letter should include the following information:

As well as submitting the relevant application forms, your family members will need to have their biometric information, this is their photo and fingerprints, taken at a visa application centre near them.

What happens after the Family Reunion application?

If your application for Family Reunion is successful you will be granted an entry clearance visa that permits you to travel to the UK. This visa is only valid for 30 days, any family member travelling to the United Kingdom under family reunion must come to the UK within this 30 day validity period, otherwise they will not be able to enter the country. The start date for this validity can be deferred by up to 3 months if needed.

Upon arrival a Border Force officer will check the identity of the family member and will examine the entry clearance visa to ensure that they are joining family in the UK for the purposes of family reunion. 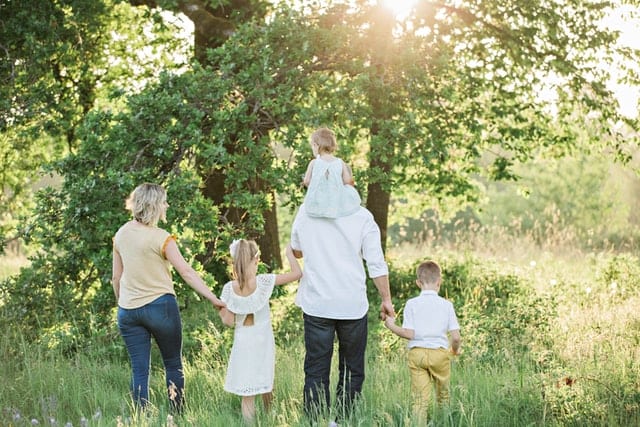 The Refugee Family Reunion route can seem simpler than other family visa routes because there is no income or English language requirement to meet, however the application process is not straightforward and can be complex.

Our immigration lawyers are highly trained and have an in depth knowledge of UK immigration rules, they have helped many families to reunite in the UK and can support you through the process of applying for family reunion. If you choose to hire one of our immigration lawyers to assist you with your application they can work with you and your UK refugee sponsor to assess your eligibility for this route and ensure that you meet all of the requirements. As well as this, one of our lawyers can help you to fill in all of the relevant paperwork and can also help you to gather any documents you may need to prove that you meet the requirements. Our lawyers can even communicate with the Home Office on your behalf, ensuring that you stay updated about your applications progress.

For more information about how our lawyers can support you through the family reunion process, get in touch with our team today by calling 0333 305 9375.

If an individual becomes the spouse/partner/fiancé/fiancée of a person with refugee leave or humanitarian protection in the UK after they have been given that leave they could be eligible to come to the UK using a Spouse Visa, Unmarried Partner Visa or Fiance Visa. They will need to meet the visas requirements and will also be required to pay an application fee. The UK partner will also need to meet the income requirement of at least £18,600 per year or equivalent in cash savings.

Children who do not qualify for the Refugee Family Reunion route could be eligible to join you in the UK using the Dependent Child Visa.

Other extended relatives such as parents, grandparents and siblings are not eligible for Refugee Family Reunion but they may qualify to come to the UK using other routes such as the Adult Dependent Visa.