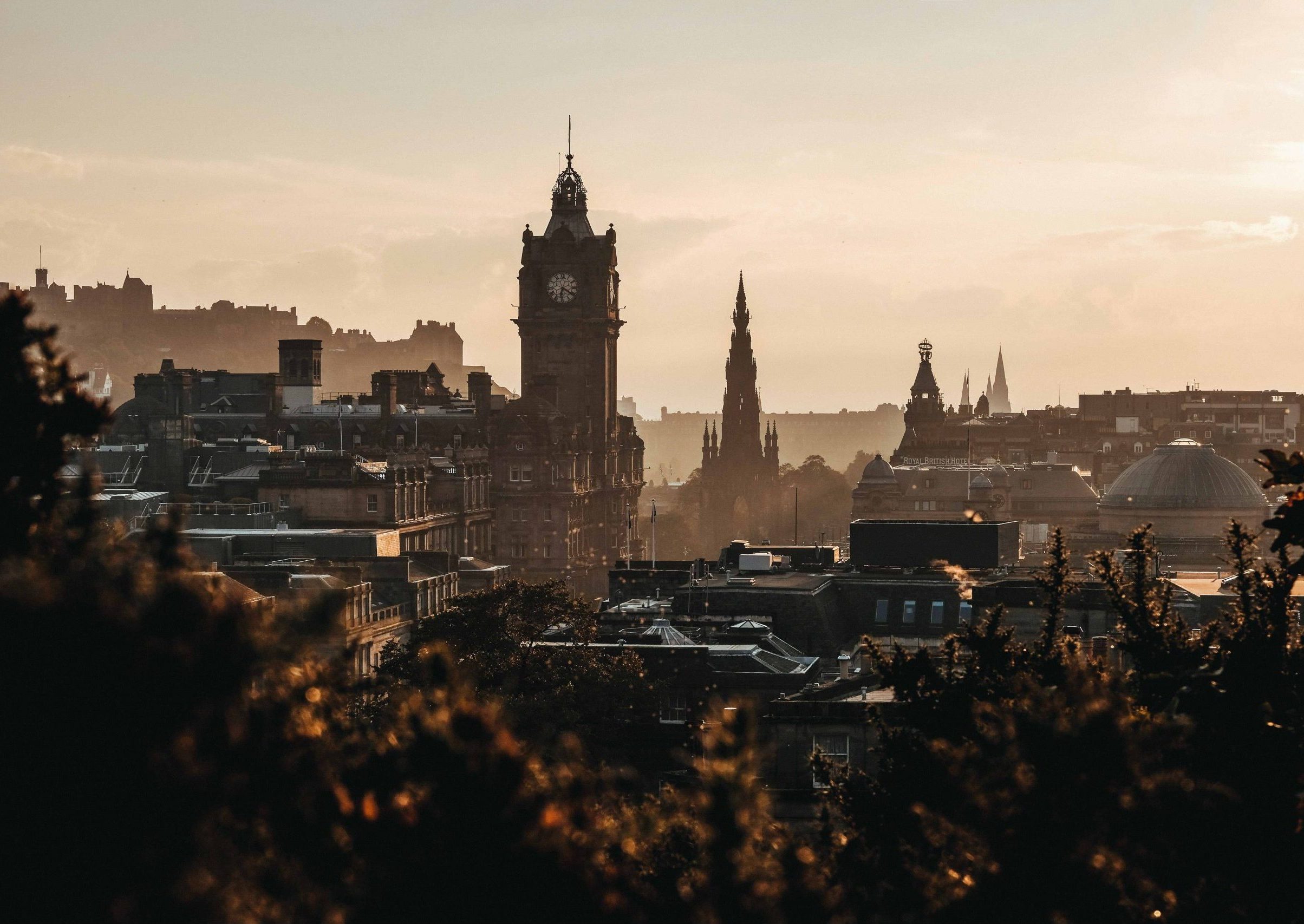 Overview of Moving to the UK from Indonesia

The United Kingdom is home to one of two sizable Indonesian communities in Europe, the other being the Netherlands.

Indonesia was a Dutch colony for several centuries, and has therefore retained notable links with Europe and European culture throughout its history. Immigration from Indonesia to Europe has since remained strong, and the UK is steadily growing in popularity for Indonesians as both a travel destination and a place to emigrate to permanently.

The Indonesian community in the UK is relatively small, but growing. According to the 2001 Census, there were around 6,711 Indonesian-born people residing in the UK, but this number rose to around 9,624 in the 2011 Census.

This rise in immigration has been supported by a number of programmes, opportunities and initiatives aimed at strengthening relations between the UK and Indonesia. For instance, UK/Indonesia 2016-18 (UK/ID) was a two-year cultural exchange organised by the British Council that connected over 250 organisations and artists in the UK and Indonesia.

For Indonesians looking to move to, and settle in, the UK, there are a range of visas and immigration routes available that should suit applicants.

Those looking to come to the UK to work can apply for one of the UK’s work visas, while those who have family, partners or spouses who are resident in the UK may apply for a Family visa.

The UK has many different work visas that cover a variety of professions and skill levels.

However, the most popular work visa is the Skilled Worker visa, which encompasses many of the most common professions and occupations that foreign nationals will be looking to work in when in the UK.

To be eligible for the Skilled Worker visa, you must first have a valid job offer from a Home Office-approved sponsor that also meets the minimum salary requirements for your profession. You must also meet the minimum English language requirements.

Many different occupations are covered by the Skilled Worker visa. However, one sector that isn’t covered by it and requires its own visa is sports and sports coaching. If you wish to travel to the UK to practice as a sportsperson or a sports coach, you will need the International Sportsperson visa.

This is another sponsored work visa that allows you to work for your sponsor, take a second job, play for your national team, work as a sports broadcaster, and study in the UK.

You must be recognised as being the highest level of your profession internationally in order to be eligible for this visa, as well as having a sponsor and meeting the other eligibility requirements.

There are also other work-specific visas that you may apply for to settle in the UK, such as the Health and Care Worker visa or Minister of Religion visa.

There is also the Senior or Specialist Worker visa (Global Business Mobility) visa, which allows you to travel to, and settle in the UK to work in your employer’s UK branch. 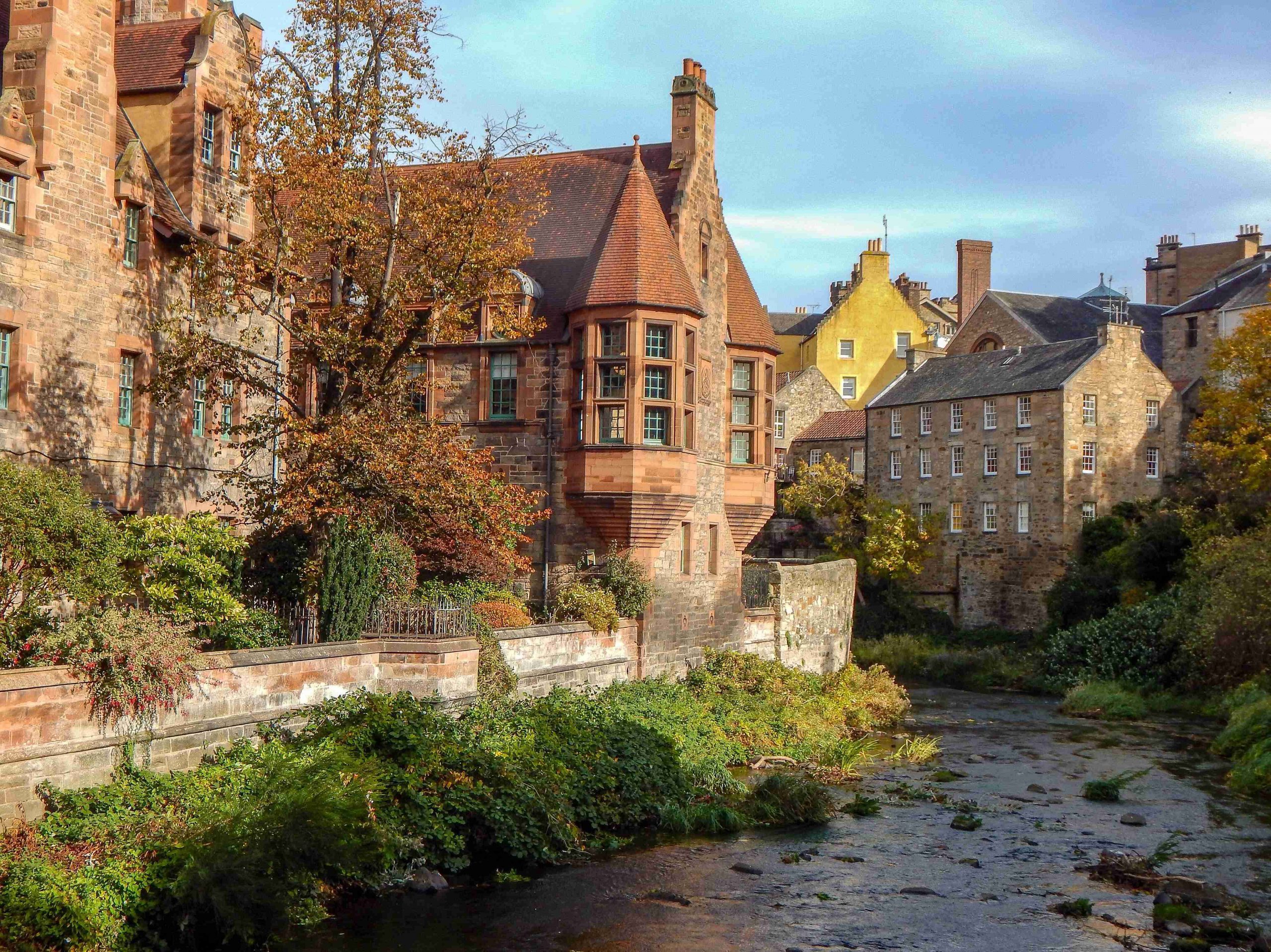 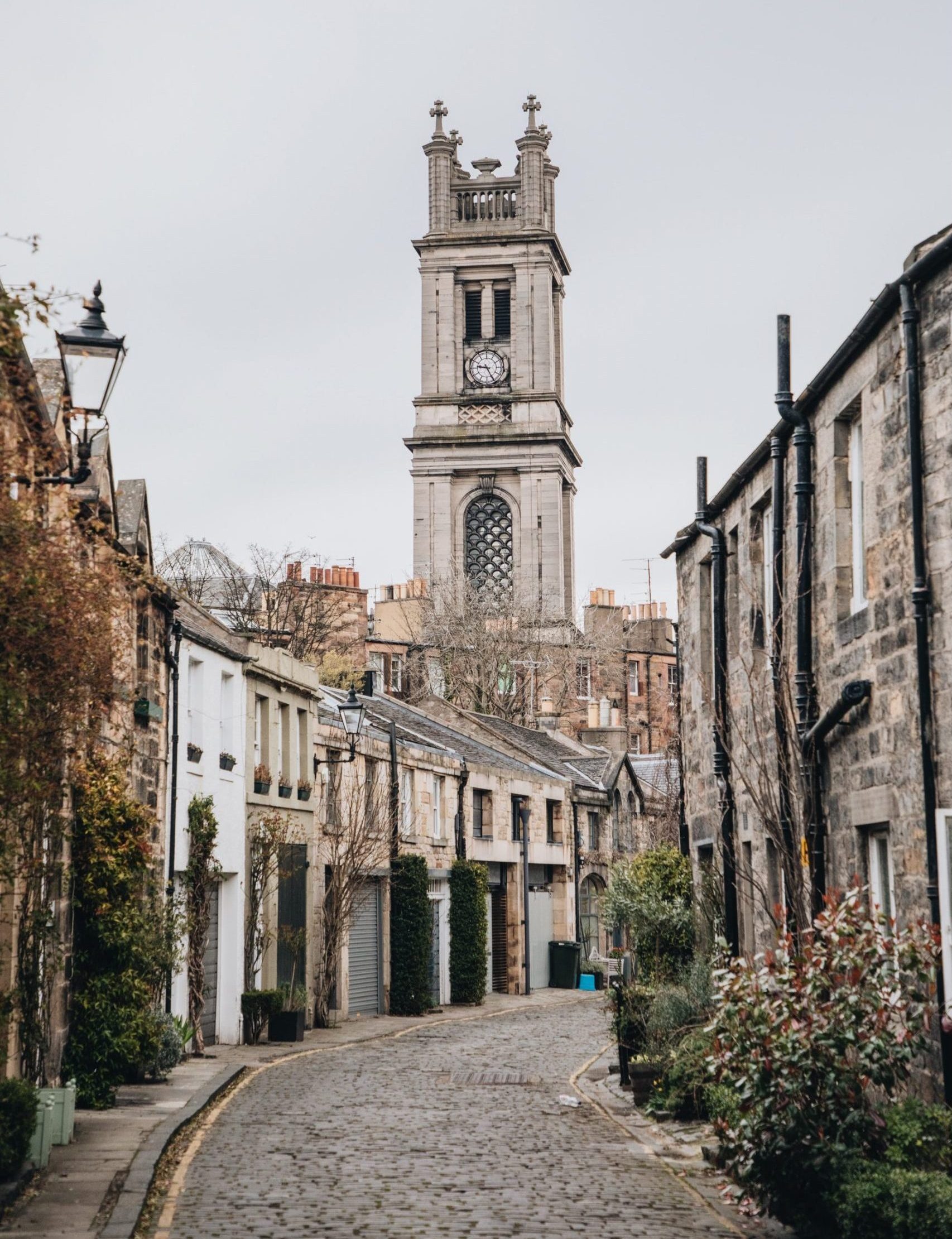 If you’re an Indonesian with a family member who is already settled or a citizen in the UK, you may be eligible to join them with a UK Family visa.

Eligible family members you can join in the UK include the following:

Similarly, there are special criteria if you wish to apply to join a relative who will provide long-term care for you in the UK. You will have to prove that:

Keep in mind that because UK Family visas can have strict or very specific guidelines on who can apply, they can be difficult to obtain.

Get in touch with our immigration experts for help with your move to the UK from Indonesia. Contact Us

How Can Indonesians Settle in the UK Permanently?

The main route to permanent settlement in the UK is known as indefinite leave to remain.

This will allow you to live, work and study in the UK permanently without being subject to immigration controls or restrictions.

In most cases, you need to spend at least five years in the UK with an eligible visa before you can apply for indefinite leave to remain (though some visas will allow you to apply within less than five years).

Indefinite leave to remain requires you to speak and understand English at a B1 level or higher on The Common European Framework of Reference for Languages, or have a degree taught in English.

After spending 12 months in the UK on indefinite leave to remain, you will then become eligible to apply for British citizenship. 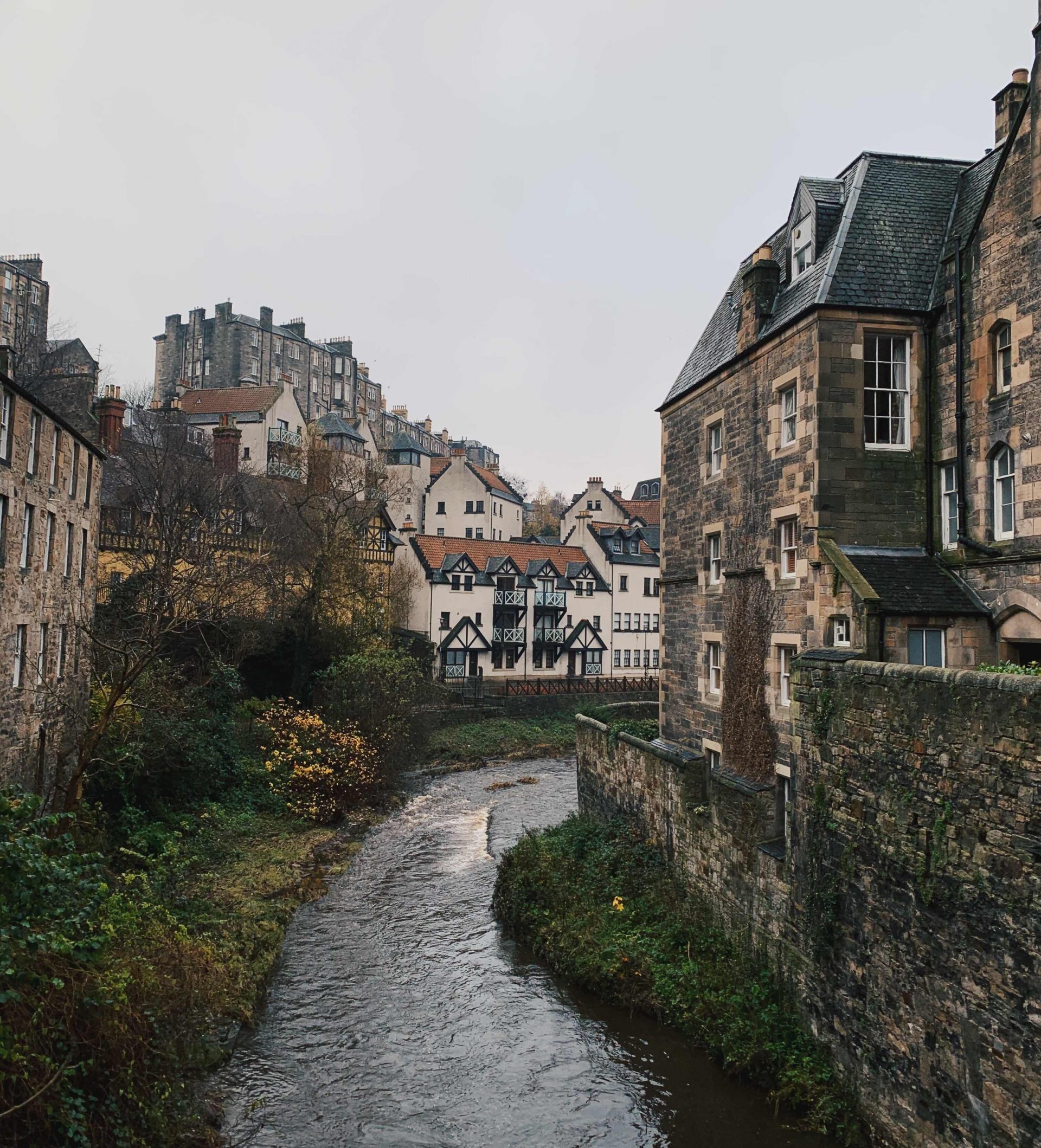 How Can IAS Help?

Moving from Indonesia to the UK is a huge step for anyone to take, and involves a great deal of planning, preparation and patience.

If you’re an Indonesian in the process of moving to the UK, or thinking about living in the UK at some point in the future, IAS can help.

We can assist you with all of your immigration needs and support you throughout the relocation process to ensure that the transition from your home country to the UK goes as smoothly as possible. We can help you obtain visas by guiding you through the application process, plotting timescales for you, and liaising with UK officials to ensure you’re kept up to date with the status of your application.

We also provide concierge relocation services to help take the stress out of planning the logistics of your move to the UK.

For more information about the services we offer, and what we could do for you, get in touch with us on 0333 305 9375, or contact us online today.

In most cases, you will have to apply for your UK visa in Indonesia, before you travel to the UK.

You won’t be able to enter the UK if you don’t have a valid UK visa, as only the UK visa will be the document that grants you entry clearance.

You can apply for UK visas on the Gov.uk website. You may also have to attend a local visa application centre to give your biometrics information.

There are UK visa application centres in Jakarta, Bali and Surabaya.

UK Visas and Immigration generally aim to have all visa applications made from outside of the UK to be processed in three weeks.

However, note that this may take longer depending on how busy the service is and the volume of applications they receive. In some cases, it may take up to six or eight weeks to process your visa application.

Yes. Most UK visas will allow you to add certain family members to your visa application as ‘dependents’ if they’re eligible.

In some cases, they may have to complete separate applications to yours.

If your visas are approved, they will receive a dependent visa that will expire on the same date as yours.