The Home Office’s EU Settlement Scheme has left tens of thousands of EU citizens unable to remain in the UK. Many of those affected have played pivotal roles in the national effort against COVID-19, yet are now facing deportation due to the scheme’s shortcomings.

Several MPs have written to the Prime Minister urging him to introduce a ‘legal right to stay’ as a replacement for EU Settled Status- this would provide reassurance to more than three million EU nationals currently residing in the UK.

The EU Settlement Scheme enables citizens of EU member states, the European Economic Area (EEA) and Switzerland who have lived continuously in the UK for a minimum of five years to apply for EU Settled Status, which if granted guarantees their long-term future in the UK.

Pre-settled status can be applied for by EU citizens who arrive in the UK prior to the end of 2020, enabling them to commence a settled status application once they hit the five-year residency requirement.

Data released by the Home Office shows that, by the end of July, almost 4 million (3.8 million) applications had been submitted. Of this number, 3.6 million have been processed, with just over two million (56 percent of applicants) granted settled status.

1.5 million (42 percent) have been granted pre-settled status, with around 75,000 applicants (2 percent) classified as denied, withdrawn, void or invalid.

The letter- signed by MPs such as Plaid Cymru leader Adam Price and the SNP’s Westminster leader Ian Blackford- points out that considerable numbers of EU migrants are employed as key workers, and have therefore played a crucial role in keeping the country running in recent months.

The letter states that:

‘Millions of European migrants who live in the UK and who are now working in hospitals and supermarkets derive their right to be here from EU freedom of movement rules, which the government is seeking to abolish. They are now being asked to apply for their right to stay in the UK via the settled status scheme, a process which is not guaranteed to be successful.

Although settled status has now been granted to many EU citizens, we are extremely concerned at the prospect of some losing their status in the UK.’

The MPs have urged the government to provide all EU citizens with the legal right to remain.

Responding to the widespread criticism, a Home Office spokesperson has stated that the scheme makes things considerably easier for EU citizens:

‘The EU settlement scheme makes it easy for EU citizens and their family members who want to stay in the UK to get the immigration status they need. It provides them with secure evidence which they can use to demonstrate their right to work, study, housing and benefits.’

Concerned about your status?

If you’re an EU citizen and are concerned about how the EU Settlement Scheme affects your future in the UK, the Immigration Advice Service are here to help.

Get in contact with our client care team today on 0333 305 9375 for immediate assistance. We are located in areas all across the UK, including London, Birmingham and Manchester.

We are highly experienced in all areas of immigration law, from Spouse Visa Applications to Tier 2 Visa Extensions. 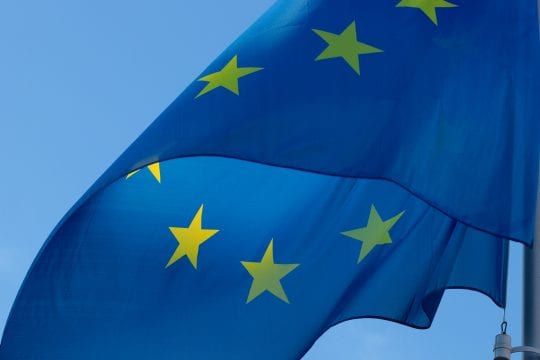 Tens of thousands of EU citizens are facing deportation from the UK due to having their EU Settled Status applications classified as denied, withdrawn, void or invalid. [Image: Pixabay]

The Home Office has responded to the criticism by stating that the EU Settlement Scheme makes things easier for EU citizens and their family members. [Image: Relocate Magazine]