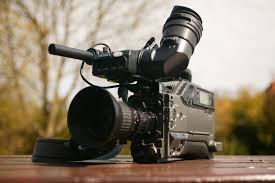 A woman who has lived in the UK for more than twenty-five years says she may end up leaving if she is denied the right to stay here when she makes an EU Settlement Scheme application.

Lisete da Silva Bull, 44, is a professional baroque flute and recorder player, and has lived in Britain since 1993, having moved from Portugal.

She, along with her two children and husband, applied for settled status two weeks ago using the Government app. But to her dismay, she was rejected and told she needed to provide more evidence.

“The app provides no helpline either in the form of a phone number or email one can ring and or write,” she told IAS.

“I have had a NI card since 1993, have been paying tax for over 20 years, filling a tax return every single year. This is easily traced on gov.uk, it’s all there clear to see, so my question is why can’t the Home Office see it?”

Since the system has asked for more evidence, Lisete has tried to find more, but she doesn’t trust even that will be enough.

“I could end up having to leave the country, even though by law I am perfectly legal here, have always been and can’t really be evicted from the U.K,” she says.

“I have lost, through death, my whole immediate family in the last five years, which has been hugely stressful and difficult to cope with.

“All I want to do is to get on with being a safe space for my children without this hanging over me.”

Lisete says she knows other people in a similar situation, but they are afraid of speaking out. She is applying as part of the EU Settlement Scheme pilot.

“The government has lied to us all”, she concludes, “the process isn’t quick and easy, and yet it is being hailed as a huge success.”

IAS has released a five-part guide on how to use the EU settlement app. It is currently investigating the concern which has been raised, and will shortly release guidelines on how to apply for settled status as a self-employed EU national.

In the meantime, if you’re worried about your status and want further advice, then we can help. Maybe you’re wondering how do I find a UK visa immigration lawyer? Well, give one of our experienced team a call. You can do so by ringing 0333 414 9244 or using the enquiry button below.

Note: All views expressed here are those of the named individual and do not represent those of Immigration Advice Service as a whole.