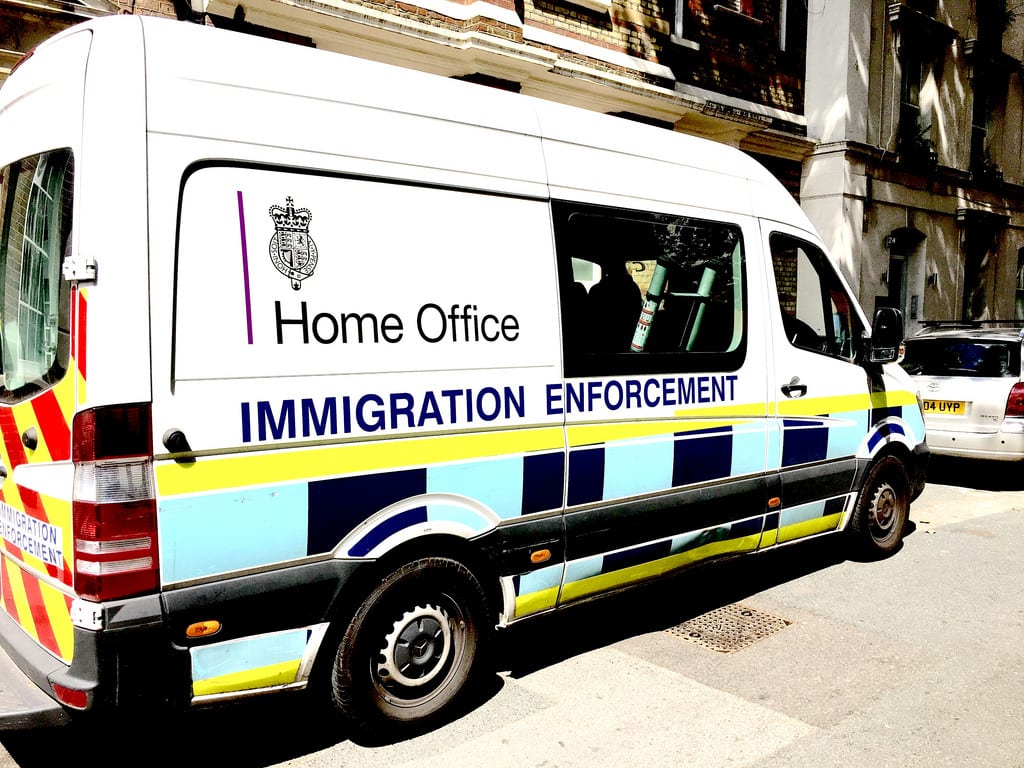 Political correspondent Olivia Bridge offers insight into recent accusations against the Home Office, which suggest they are targeting highly-qualified and skilled migrants in their efforts to reduce immigration numbers.

Innocent migrants are getting caught up in the governmental sweep to catch illegal and criminally dangerous immigrants. Such migrants include teachers, doctors, lawyers, business owners, engineers, scientists, academics, healthcare professionals and IT specialists, all of whom have contributed considerably to a thriving British economy.

These citizens, when applying for Indefinite Leave to Remain (ILR), are finding themselves in a battle against stringent rules and threatening rejection letters from the government. Home Office officials are issuing migrants with deportation under Paragraph 322(5) of the 2014 Immigration Act. The harsh consequences of the clause mean that migrants become ineligible to apply for any other UK visa and are told to ‘voluntarily’ leave the UK within 14 days. Those with the option to appeal the decision face a lengthy – and costly – fight ahead. In the meantime, migrants issued with the sanction are denied access to free healthcare, are barred from renting properties, and dismissed from employment.

Lord Dick Taverne wrote to The Guardian to publicly demand an end to the misuse of the ‘controversial paragraph’ which has seen many innocent and lawful migrants accused of deceitful conduct; and, worse still, certified with a dreaded 322(5) stamp in their passport –  a stamp that in fewer words brands its holder as a criminal or terrorist.

The Home Office’s guidance of 322 (5) states that it should only be used in cases involving ‘criminality, a threat to national security, war crimes or travel bans’, yet officials are refusing applicants to their discretion based on citizens’ ‘character and conduct’. Applicants are being wrongly stripped of their right to ILR over tedious discrepancies in their declared income or tax reports. Critics further claim that the Home Office are “blanketing” the clause in a bid to meet unrealistically high net migration targets – obliging to Theresa May’s so-called ‘hostile environment’.

Nisha Mohite came to the UK in 2008 from India to study and complete her masters in pharmaceutical analysis. She spent the last 10 years developing anti-cancer and anti-psychotic drugs while also setting up her own pharmaceutical consultancy. In 2016, Mohite paid £2,500 towards her application for ILR, only to be rejected by the Home Office due to a mistake made by her accountant in her declared income. Despite rectifying the mistake and paying the sum immediately, Mohite was not only rejected to ILR but was served with the Paragraph 322 (5) sanction criticising her as displaying “undesirable conduct”. This cost Nisha a 322(5) stamp in her passport, limiting her options to travel or work elsewhere while simultaneously losing her job, home, and life savings in the UK.

Mohite’s case is not uncommon. Owais Raja is a prestigious engineer, inventing a training programme that he used to train British engineers from the Ministry of Defence at City College Plymouth for eight years. However, after applying for ILR in 2016, he was refused by the Home Office on the grounds of a mistake in his tax return at the fault of an accountant. Despite paying the £1,200 owed to HMRC, the Home Office issued him as a ‘threat to national security’ under section 322(5). Now stripped of his job, Raja struggles to pay the expensive healthcare fees that both his six-year-old son needs for specialist treatment for a hole in his heart, and for his wife who suffers from a pulmonary embolism. Left destitute with no job, Raja is forced to sell all the family’s belongings on Gumtree in order to cover the £20,000 Home Office fees and legal advice, not to mention hospital fees, rent, food and general living costs.

“I can’t go home”, Raja says in the Guardian, “I have no links there any more, no savings, [and] the healthcare for my wife and son isn’t suitable.” He continues: “My occupation is on the shortage list in lots of countries but I can’t travel with a 322(5) on my passport.”

The Highly Skilled Migrants support group claim there are up to 1,000 innocent migrants in similar situations to Mohite and Raja. In an effort to battle the Home Office, the support group raised over £40,000 to take officials to court. 9 out of 10 cases so far have won in favour of migrants, with the judge ruling that the governmental use of Paragraph 322 (5) was wrong.

Simple human error and tedious mistakes are branding valuable migrants who have contributed immensely to the British economy with terrorism or associated misbehaviour. Yesterday a group of around 20 MPS and Lords sparked pressure groups to crack down on governmental injustice in the future and hope to put an end to the perpetuating ‘hostile environment’.

Select
Immigration Official Admits That People Are Being Wrongfully Deported From The UK
How did the Windrush affair affect the UK immigration system?