What is the Nationality and Borders Bill?

The government’s Nationality and Borders bill has passed its second reading in the House of Commons by 366 votes to 265.

The Bill is part of the Home Office’s New Plan for Immigration and if passed it would make entering the UK without prior permission a criminal offence and will grant authorities with powers to make asylum seeking more difficult. 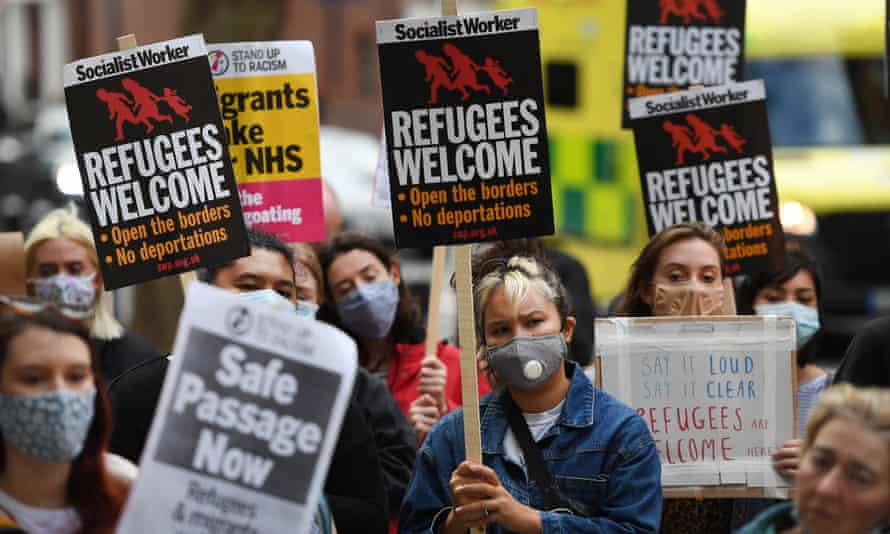 What will the Bill do?

Priti Patel has promised to fix what she called the “fundamentally broken” asylum system and the Nationality and Borders Bill is one way that she plans to fulfil this promise. According to the Home Office the Bill has three main objectives:

However, human rights organisations and activists have openly criticized the Bill, claiming that it will put vulnerable asylum seekers at increased risk.

One of the main elements of the Bill is that it will make entering the UK without prior permission a criminal offence. This means that refugees who do not arrive in the UK directly from a country of persecution (such as those who travel through Europe) will have their claims for protections dismissed and the government will attempt to remove them from the country. If these asylum seekers cannot be removed from the country within a certain time period, then their claims for asylum can be heard. However, even if they are granted refugee status the Bill will mean that this only extends to a temporary for of protection that needs to be regularly renewed and makes these refugees subject to the no recourse to public funds policy, meaning they would be without vital financial support.

The Bill is partly a response to the increasing numbers of migrant Channel crossings that the Home Office is trying to prevent. However, the Refugee Convention recognizes that asylum seekers may need to use irregular means of travel due to their precarious situations as they flee persecution. There are currently few safe and legal routes of entry for asylum seekers to come to the UK and many are also deterred by tough immigration policies in the countries they may pass through prior to entry into the UK.

Amnesty International have released a statement outlining their strong opposition of the Nationality and Borders Bill which they claim will make the asylum system “far worse”.

“Criminalising people just for trying to reach a place of safety is morally and legally indefensible. People cross the Channel and put themselves in serious danger because there are simply no safe alternatives open to them.

“If this Bill goes through it will make vulnerable people even more vulnerable and set a terrible example. Other countries are similarly likely to shut the door to those seeking asylum.

“Instead of taking its international responsibilities over refugee rights seriously, the UK is effectively passing the buck to other countries.”

Amnesty International is calling for MP’s to drastically amend the Bill to prevent even more chaos in the immigration system.

If you wish to claim asylum in the UK, our immigration lawyers are here to support you. The UK asylum system can be complex and overwhelming but our team will do everything we can to make the process easier for you. Our services range from reliable legal advice sessions to assistance with preparing you for the asylum interview and much more.

If you plan to claim asylum in the UK it is highly recommended that you seek the help of an immigration professional as soon as possible, having the assistance of a lawyer will greatly increase your chances of success.

For more information about the services that our lawyers provide get in touch today on 0333 305 9375.

Request the Appeal Package
EU citizens at risk of being wrongly deported
Overstaying on a US Visa: Actions & Consequences