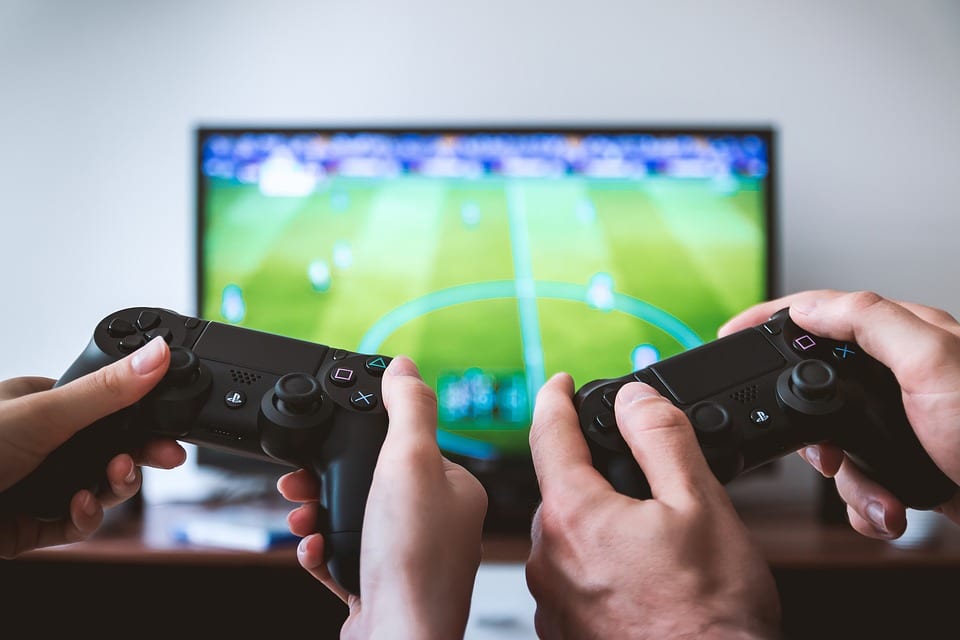 Games industry workers can benefit from relaxed immigration rules after Brexit, but will it be enough to overcome the sector’s crisis? Our political correspondent looks into the changes.

Ranking in at fifth place on the global stage and reaching a record-breaking £5.7 billion in value last year, the UK gaming sector boasts a value position. Now a shining success story, the video games sector is now worth more than video and music combined.

With the likes of Fortnite and Apex Legends gripping the nation – and of all ages – the sector is showing no signs of slowing down.

In fact, The Independent Game Developer’s Association (TIGA) for the UK and EU, found 2019 to promise yet another year of expansion and investment.

Of all 60 games businesses to respond to TIGA’s Business Opinion Survey, 77% voiced plans to increase their workforce this year. This is a significant increase from the 68% who claimed to expand in 2018. A further 62% believe the economic and business climate in the UK is favourable for the gaming sector.

It’s clearly only an upward trajectory from here with figures demonstrating the sector is on track to achieve its ambitious £139 billion value goal by 2021.

However, as the industry anticipates the future with unparalleled optimism, here to dampen spirits is the arrival of Brexit and its restrictive immigration plan. This poses some threat to the workforce’s stability and the gaming sector as a whole.

The sectors’ success largely lies in the hands of its multicultural and diverse workforce. 61% of games businesses claim to rely on overseas expertise. According to UKIE, EU staff make up 35% of the wider workforce. A further 17% originate from beyond Europe.

Yet Brexit threatens to limit access to these highly-valued talent pools. 30% of respondents to TIGA’s survey expressed concern for skills gaps and widespread shortages. However, shortages are already prevalent in the sector: The Migration Advisory Committee (MAC) found that programme and software developers have an above-average vacancy rate and “tops our shortage indicators’ ranking”. Across the UK, stakeholders identify job shortages in web designers and developers, UX designers and VFX designers.

Exacerbating concerns for the workforce is the arrival of the skills-based immigration plan that includes costly visa restrictions for EU entrants. Scheduled to take effect by 2021, all EU nationals looking to fill a position in the gaming sector will most likely be looking at the Tier 2 Work Visa route. This involves seeking sponsorship from a UK employer and meeting a set of requirements. Although many won’t struggle to meet the £30,000 minimum income requirement, the salary expectation elbows the most new talent and graduates clear out of the opportunity.

Considering professional gamers and expert coders are getting increasingly younger, inferring a salary expectation onto those who have barely stepped foot on the career ladder does not bode well for the future.

The Brexit Impact on the Workforce

The UK has already witnessed a mass “Brexodus” of EU expertise abandon the UK for more lucrative opportunities elsewhere in Europe. By imposing limited visa options, mountains of paperwork and high fees onto EU nationals, the UK could expect a decline in interest across multiple sectors. The games industry, in particular, is one of those listed that could expect a dramatic plunge.

Similarly, UK games businesses could follow in the footsteps of the likes of Aviva, Barclays, Jaguar Land Rover, Philips, Rolls-Royce and Dyson by either transferring operations overseas or by moving parts of its assets elsewhere in the EU, such as Ireland. Sony and Panasonic are also planning on moving their headquarters from England’s capital to Amsterdam. For the gaming sector, 40% of gaming companies were considering relocating to the EU in a poll taken prior to Article 50 being triggered.

Ultimately, relocating games businesses from the UK to elsewhere would have a domino effect on the workforce. Employees face deciding whether to relocate or face redundancy/unemployment. The wider result of this not only leads to a loss of creative and technical skills, causing a potential ‘brain drain’ of talent in the sector, but could also lead to a grave loss of revenue into the UK. All the while, the EU storms ahead. In any event, restricting access to talent in a field that already suffers from shortages could shake the foundations that paved the sector’s success.

Games4EU also claim that a no-deal or hard Brexit deal could hike costs up and impact daily business. The loss of the transitional period in the event of a no-deal Brexit would likely be a nightmare for most UK industries and businesses. For the games sector, however, Games4EU warn that a sudden withdrawal could make it “materially harder” for retailers such as Amazon to distribute stock to the UK.

The silver lining in the projected shortfalls is that the MAC advised the Government to add games roles to the UK’s Shortage Occupation List (SOL). This is a resource that features all occupations that the UK cannot fill with local talent.

The benefit of featuring vacancies on the SOL for employers is that they don’t need to advertise the job locally through the Resident Labour Market Test for 28 days. They can also actively seek the individual with the desired skills for the job. As for staff, workers benefit from a marginal visa discount when taking up a position in the UK. They are also treated with priority in the event of the annual Tier 2 cap being filled.

The committee’s full review recommends that the following be added to the SOL:

In his final days as Home Secretary, Sajid Javid announced the recommendations by the MAC to the SOL would be honoured. He said:

“The Government is happy to accept all of the MAC’s recommendations on the composition of the SOL and the necessary amendments will be made in the Autumn Immigration Rules changes.”

Certainly, adding gaming roles to the SOL is a promising step forward when it comes to plugging the inevitable gaps that axing Free Movement brings.

However, for now, the sector and indeed the whole of the UK waits in the wings for the final Brexit verdict. Whether the UK abandons membership with a deal or not will greatly impact businesses across the UK. Any proposed immigration model must support a framework that allows cross-collaborative projects and the continuous exchange of talent. Without doing so, the UK could suffer reputational damage in the gaming sector and its well-earned rank could bitterly deplete.

Ranking in at fifth place on the global stage and reaching a record-breaking £5.7 billion in value last year, the UK gaming sector boasts a value position.

Select
MAC recommendations: what do they mean for Digital Health?
The Amnesty Debate: should the UK give undocumented migrants the right to stay?