Political commentator, Holly Barrow, investigates the problems the UK’s asylum process poses for LGBT+ asylum-seekers and argues that transgender asylum-seekers, in particular, are at risk of falling through the cracks after Brexit.

Fifty years after the initial Stonewall riots that paved the way for the modern LGBTQ+ movement, we ought to celebrate how far society has come.

As we participate in Pride parades up and down the globe to commemorate our progress, it is crucial to reflect on how much further we still have to go.

Often omitted from the narrative on the 1969 Stonewall riots are three predominant figures of the movement: Sylvia Rivera, Marsha P. Johnson, and Miss Major. As transgender women of colour, they existed on the very margins of society and were the most vulnerable to anti-queer abuse.

Their legacies as the pioneers of the modern LGBTQ+ movement have therefore often been diminished by the championed stories of cisgender, affluent, white gay men.

While some may consider this a painful prejudice of the past, it is still very much the case that transgender individuals suffer the most discrimination in the LGBTQ+ community to this day, and particularly those with an intersectional identity. As Equality Network explains, ‘we all have different aspects of our identities but we are not all protected by UK law in the same way’.

This means that minorities are subject to varying forms of discrimination dependent on a number of factors including race, gender, sexual orientation, class, ethnicity, and religion.

With all this in mind, we must consider the implications of the asylum process in the UK on transgender BAME (Black, Asian and minority ethnic) people seeking refuge in the UK. 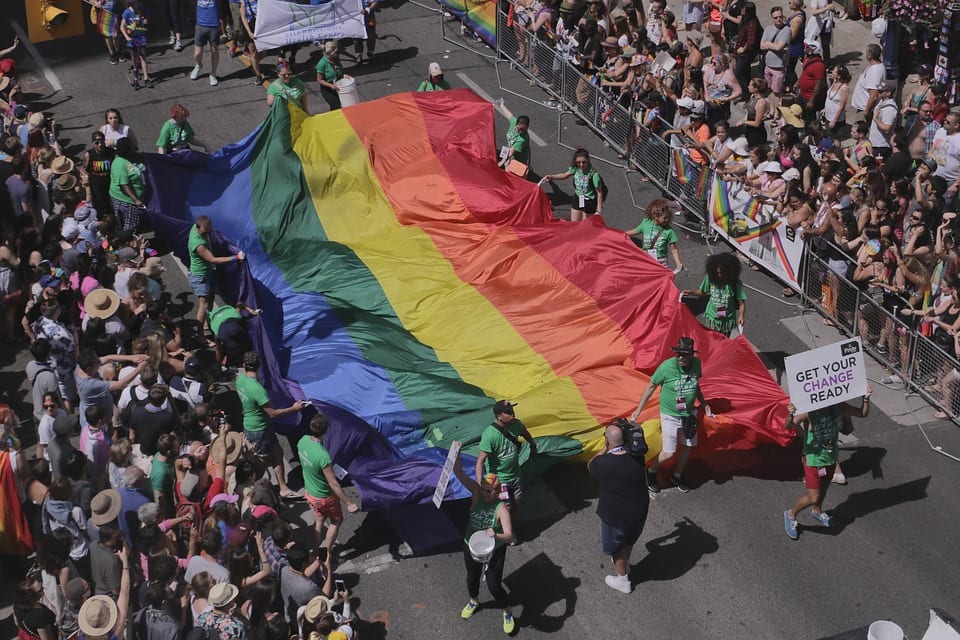 In an annual investigation conducted by ILGA (International Lesbian, Gay, Bisexual, Trans and Intersex Association), their 2019 ‘State Sponsored Homophobia’ report asserts that, in several European countries, attempts are being made to ‘erode foundational principles’ of equality and human rights-based legislation and that this ‘continues to sound warning bells’. Currently in the UK, the LGBTQ+ community are protected by EU legislation such as the Charter of Fundamental Rights which determines that discrimination based on any ground, including sexual orientation and gender identity, is prohibited.

As explained in a report published by the University of Bristol, ‘when it comes to questions of sexual orientation and gender identity, this means LGBTI citizens have access to EU law to defend their rights, even when the government in their country fails them or acts against them’. In the wake of Brexit, the UK has proposed to scrap this charter meaning a layer of protection for LGBTQ+ individuals is imminently under threat. This same report argues that before the EU court intervened, the UK was ‘hopeless’ in upholding trans people’s rights.

With no word as of yet on post-Brexit human rights legislation, what does the future hold for both transgender citizens and transgender asylum seekers hoping to be granted refuge in the UK?

If Britain fails to ensure the protection of its own transgender citizens, how likely is the Home Office to prioritise those who are fleeing transphobic persecution?

The current asylum process has received criticism from the likes of Stonewall for its discrimination of LGBTQ+ individuals seeking refuge in the UK – particularly transgender applicants. The requirement to prove sexual orientation and/or gender identity status can leave applicants at a loss as many have been unable to live publicly out in their home countries.

This has seen many LGBTQ+ asylum seekers placed in detention centres across the UK for an indefinite period of time and ‘treated like criminals’ as they await the Home Office’s decision on their claim. In addition to this, BAME transgender detainees face both racial and transphobic abuse whilst in detention.

An investigation by the BBC’s Panorama found that ‘racist language and mocking of detainees by staff seemed casual and routine’ whilst Stonewall discovered that ‘trans asylum seekers face particular threats of violence in detention’.

In a time when hate crime towards transgender individuals is on the rise and their rights under threat, it is essential that the UK government urgently establishes post-Brexit human rights legislation that protects both the LGBTQ+ community and asylum seekers from discrimination.

If you need immigration assistance, get in touch with our lawyers today. We are located all across the UK, in areas such as London, Birmingham and Manchester. We can help you no matter where you are based.