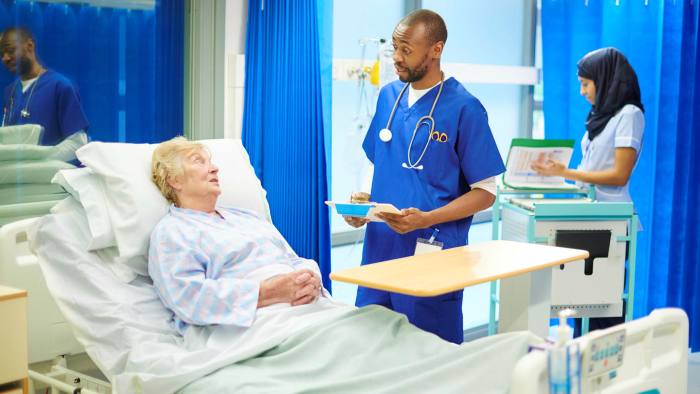 During the Coronavirus pandemic, NHS workers have been commended for their incredible work on the frontline, with the public previously displaying its appreciation through the weekly ‘clap for carers’. However, despite members of the government – including the Prime Minister – joining in on these demonstrations of gratitude, campaigners and MPs have been fighting for more than simple gestures.

Not only has the government refused to honour healthcare workers with a respectable pay rise, it has also remained under scrutiny for its failure to support migrant workers.

Migrant healthcare workers have spoken out throughout the pandemic about the lack of security they feel with regards to their immigration status – an issue many migrants across the country are facing.

Measures to prevent the spread of Covid-19 have included vast travel restrictions, leaving many with no choice but to remain in the UK despite their immigration permission having expired. Towards the beginning of the crisis, the government implemented a number of temporary measures to reassure those impacted that they would not be penalised for remaining in the country with expired leave to remain.

This included announcing that all non-EU nationals working in the health sector whose work visas were due to expire before 31st March 2021 would have them extended for another year with no fee. This was recently extended, allowing those eligible with visas due to expire between 1st April 2021 and 30th September 2021 to apply for a free one year extension.

However, this is not the only issue at play. NHS workers have revealed their struggles to keep up with the UK’s ever-increasing visa fees, with one nurse, Eva Omondi, revealing that she was being made to fork out £11,000 on visa fees to the Home Office in order to remain in the UK with her family, despite working on the frontline throughout the pandemic.

A significant portion of the excessive sum comes as a result of having to pay for the Immigration Health Surcharge for each family member – which means paying the fee six times over in Eva’s case. The irony is not lost on migrant healthcare workers who are similarly made to pay the extortionate surcharge – which allows migrant workers to access the NHS – despite working tirelessly to protect the British public throughout the pandemic.

Many have reported feeling that they are facing a double tax, as they are not only being made to support public services such as the NHS through their taxes, but through the Immigration Health Surcharge fee, which currently stands at £624 per person, per year.

While the government’s temporary one year extensions were certainly welcomed, this simply does not go far enough. Once the deadline of September 30th has passed, many migrant health workers remain unsure of where they will stand, or which fees they may be required to pay for in order to remain in the UK.

Considering the extent to which migrant healthcare workers have risked their lives to protect the public during this crisis, it seems only fair that they are granted Indefinite Leave to Remain – a form of permanent settlement in the UK.

Such delays have reportedly diminished morale in many NHS migrant workers, who fear what comes after the one-year visa extension deadline. Granting ILR to these workers would not only serve to show gratitude for their dedication and hard work, but also provides peace of mind for those who have lived in a constant state of uncertainty regarding their immigration status for over a year.

If you are a migrant worker currently in the UK and would like further information on your right to remain, contact our immigration experts on 0333 305 9375.

We provide legal assistance with all immigration enquiries, including asylum applications, judicial reviews and administrative reviews.