New arrivals from the EU are now barred from UK benefits for a minimum of five years following the roll-out of the new points-based immigration system.

With EU-UK freedom of movement no longer in place, the rules on claiming benefits for EU citizens are now the same as those for non-EU citizens, making access to the welfare system dependent on holding Indefinite Leave to Remain (ILR) status.

Therese Coffey, the UK Work and Pension Secretary, has formally stated that citizens of the EU will be denied welfare benefits for a minimum of five years. Alongside this, rules have been put in place to prevent child benefits from being received by children living outside of the UK.

Although the changes only became effective on New Years Day, they were initially promised by the Conservatives in the build up to the 2019 General Election.

“We have delivered on our manifesto commitment to restore fairness in access to our welfare system by treating EU and non-EU migrants equally. It is both right and fair that people making the UK their home should pay into the tax system for a reasonable period of time before they can access the benefit system.”.

Exemptions from the ban

There are however some exemptions to the new rules- Irish nationals and citizens of the EU already present in the UK still have the same level of access to the benefit system. In the run up to the 2016 EU Referendum, the government stated that 32,000 children of EU nationals receiving child benefit payments were based overseas.

The new immigration system places considerable emphasis on the recruitment of ‘highly-skilled workers’ from all parts of the world, not just the European Union. The Skilled Worker Visa eligibility requirements state that applicants must secure a minimum CEFR level of B1 in an accredited English language exam and satisfy the new minimum salary threshold of £25,600 per year. Its overall design is aimed at rendering ‘low-skilled’ immigration largely impossible.

Interestingly, British citizens who want to move to Germany post-Brexit will need to prove that they can understand and communicate in German to the level of B1 in most cases.

This suggests that British expats may well need to fulfil language requirements after Brexit in EU countries, just as EU citizens moving to the UK will now need to in the UK.

The long sought-after Brexit deal- passed in parliament on 30 December- was lauded by a series of pro-Brexit MPs as the deal to restore ‘UK sovereignty’. The deal was signed in Westminster just a few hours after it was ratified at the EU parliament in Brussels.

In the words of Prime Minister Boris Johnson:

“We have fulfilled the sovereign wish of the British people to live under our own laws. Meanwhile, Britain will be the best friend and ally that the EU will ever have.

Having taken back control of our money, our laws, our borders and our waters from the European Union on January 1, we now seize this moment to forge a new relationship with our European neighbours based on free trade and friendly cooperation.”

Johnson also stated that the Brexit deal was ‘one of the biggest free trade agreements in the world’, reaching a value of around £600 billion.

According to the Prime Minister, it is now up to Britain to decide what to do with its new-found freedoms: “I have always said Brexit is not the end but a beginning.”

In spite of the Prime Minister’s words, Brexit will impact heavily on many people’s lives. For example, British citizens looking to move to EU countries will now be subject to immigration conditions in those countries.

If you’re an EU citizen that is concerned about the impact of Brexit on your ability to claim UK benefits, contact our client care team today on 0333 305 9375 and we’d be delighted to assist you. We have offices located across the UK, including in London, Manchester, or Birmingham. You can also use the office finder to find the closest branch to you.

We are extremely experienced in all areas of immigration law, from Spouse Visa Extensions to British Citizenship applications, and have a proud track record of securing approvals for our clients. 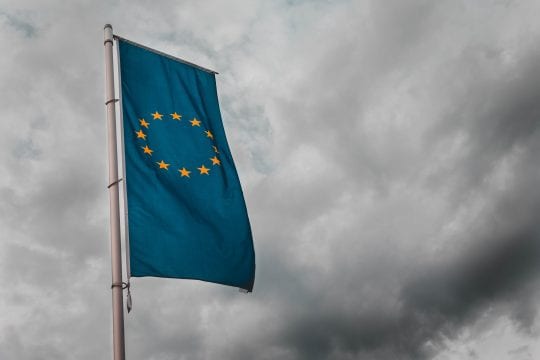 Citizens of the EU are now subject to the same benefit rules as all other overseas nationals.  [Image: Unsplash] 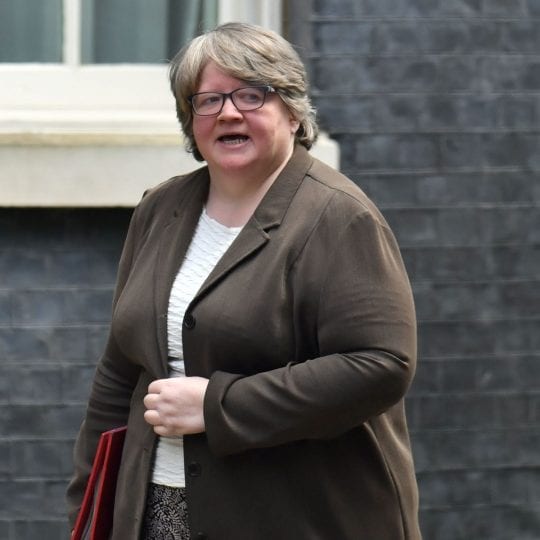 Therese Coffey- the UK Work and Pension Secretary- has asserted the need to ‘restore fairness in access to our welfare system’. [Image: SomersetLive]