The case of Shamima Begum is one which has caught the attention of the British public and press for many years now. Back in 2015, Begum left the UK to join ISIS at the age of 15, along with two friends.

Begum had three children with her spouse, Yago Riedijk, a Dutch Islamic State fighter, who she married shortly after arriving in Syria. Sadly, all three children have died due to illness or poor living conditions.

The Search for Shamima Begum

The case of Shamima Begum has never really left the British media since she left the UK for Syria. Her departure sparked an international search and four years later, she was located by a journalist who found her in a detention camp.

Begum said at the time that she didn’t regret her actions, but did concede that “I actually do support some British values and I am willing to go back to the UK and settle back again and rehabilitate and that stuff.”

After her citizenship was revoked, Javid suggested that Begum apply for Bangledeshi citizenship owing to her mother’s origins. Bangladesh, however, has shown no interest in offering Begum citizenship. Bangladeshi officials stated that she has never been to the country or pursued a Bangladeshi passport.

A report published by NPR said:

“The British Nationality Act of 1981 lets the government strip Britons of their citizenship if it would be ‘conducive to the public good’ and if the person wouldn’t become stateless as a result.”

Begum has pursued a number of legal avenues to appeal against the citizenship revocation. The UK’s Special Immigration Appeals Commission ruled the government had not breached its own policies when it stripped Begum of her British national status.

However, the commission did suggest that due to living under armed guard in the Al-Roj detention camp, which is run by the Syrian Democratic Forces, here appeal could not be viewed as fair or effective.

The UK Court of Appeal agreed, stating that Begum must be allowed to return to Britain to fight to restore her UK citizenship. The Home Office, however, appealed to the Supreme Court, which has since ruled against Begum’s return.

The Supreme Court overruled the Court of Appeal’s ruling, stating that:

“The Court of Appeal mistakenly believed that, when an individual’s right to have a fair hearing of an appeal came into conflict with the requirements of national security, her right to a fair hearing must prevail.

But the right to a fair hearing does not trump all other considerations, such as the safety of the public.”

“If it’s impossible for Ms Begum’s case to be fairly heard, her appeal should have been stayed until she could effectively participate in hearings. This is not an ideal solution, because it’s not known how long before this will be possible. However, this is no perfect solution to a dilemma of the present kind.”

“The right to a fair hearing does not trump all other considerations, such as the safety of the public.”

The Immigration Advice Service provides expert immigration legal advice and assistance in all areas of immigration law, including British citizenship applications and appeals.

Whatever your immigration query might be, the IAS is here for you.

To find out more about all of our services, please do not hesitate to call our friendly team now on 0333 305 9375. We have offices located across the UK, including in London, Manchester, or Birmingham. You can also use the office finder to find the closest branch to you. 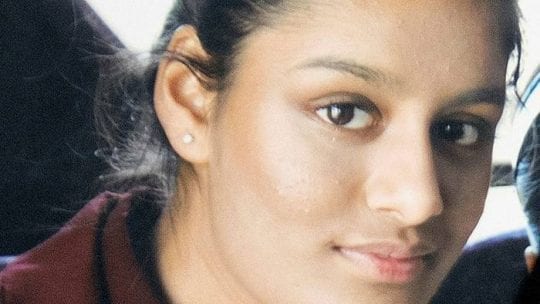 Shamima Begum left the UK in 2015 for what she described as the “good life” in Syria. [Image credit: Reuters] 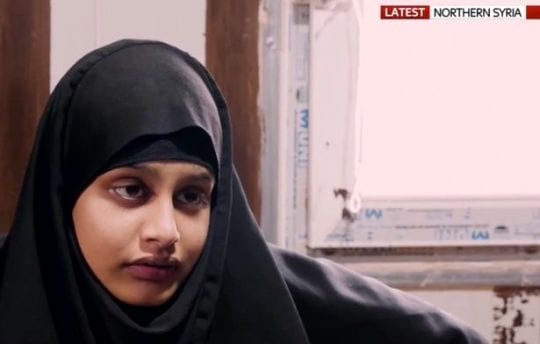 Begum said “I actually do support some British values” in an interview. [Image credit: Sky]