On 31 December 2020, the Brexit transition period ended and the UK left the EU’s internal market and customs union.

But, as this article explains, in an increasingly (digitally) connected world where a growing number of people want to be able to work from anywhere and consider themselves “global citizens”, national borders are losing their importance and are at risk of becoming irrelevant in the medium to long term. Calls to “control those borders”, which essentially means resurrecting barriers for cross-border movement through red-tape, therefore sound out of date at best and meaningless at worst. This is the UK equivalent of US President Trump’s efforts to build a wall between the US and Mexico.

Given the significant long-term, negative consequences of Brexit for the UK economy, its relationship with its closest neighbours, and security and diplomatic standing in the world, the UK Government’s recent announcement that it has managed to take back control of the country’s borders by leaving the EU and that the UK will “prosper mightily” outside of the EU, therefore, sounds beyond hollow and equates to a Pyrrhic victory.

Before the Covid-19 pandemic hit, many publications and discussions on the future of work already mentioned the “digital nomads” movement. Wikipedia defines “digital nomads” as people who use telecommunications technologies to earn a living and, more generally, conduct their life in a nomadic manner. Such workers often work remotely from foreign countries, coffee shops, public libraries, co-working spaces, or recreational vehicles. The foundation of the digital nomad or “location-independent” workers’ movement is remote work, allowing people to do their work at home or otherwise through the Internet. The introduction and adoption across the globe of technological advancements, including online collaboration and communication platforms, have made this trend possible and will continue to play a crucial role in its further development, uptake and popularity.

Before the pandemic, an increasing number of people were already working remotely at least on a part-time basis. A pre-pandemic survey of over 3,500 remote workers from around the world also showed that remote workers almost unanimously (98 percent of respondents) wanted to continue to work remotely (at least for some of the time) for the rest of their careers. The survey also found that 97 percent of respondents would recommend remote work to others. (Source: Buffer survey published in February 2020 with data collected in November 2019).

The impact of the Covid-19 pandemic on remote work trend

The Covid-19 pandemic, which left many of us with no choice but to work from “home”, has accelerated the emerging trend of remote work. Millions of us moved from a largely office-based job to home-based work overnight switching to video-calling services, such as MS Teams and Zoom, to continue to communicate with colleagues and clients alike. Many leading companies, such as Facebook, Google and Amazon, announced last year that their employees may work from home for the foreseeable future.

While working from home, more of us realised that home can be anywhere and, for example, moved out of densely populated areas to locations with a milder climate, access to nature and/or closer to family and friends. Platforms such as Airbnb helped some of us secure a comfortable set up for work and play.

The remote work and work anywhere-in-the world trend have also made more of us realise that we do not have to work for an organisation in the place or country where we live. Consequently, we no longer have to cross borders to work for the organisation that we want to work for. We can simply login from Poland or France, or where ever we and our families want to be based, and gain work experience with the organisation of our choice, for example based in the UK. A separation between where we decide to live and where we decide to work is possible, which widens our job opportunities and prospects significantly but also – if desirable – allows us to avoid cross-border moves that can often be disruptive to our family life in general and our children’s lives in particular.

Linked to all of this is the dawning age of the “global citizen” and the demise of, or strongly diminished role for, the “nation state” in “this era of global financial and technological integration” (as Rana Dasgupta puts it in his 2018 article for The Guardian, available here: https://www.theguardian.com/news/2018/apr/05/demise-of-the-nation-state-rana-dasgupta ).

Benefits for companies too

The work remote approach also has significant benefits for companies and other organisations with staff. First, it allows companies, and other organisations, of all sizes (so not only large multi-nationals) to recruit from a wider pool of talent and have a diverse and inclusive global workforce. Second, having a remote workforce, means that companies can save on office space, which often represents a significant cost to the business. They can also save on other costs, such as relocation costs and costs associated with temporary housing for international recruits.

There may be tax and legal implications to remote work arrangements for both the individual and the company but if the individual is based in, and therefore works from, the country of his/her origin (i.e., where he/she has citizenship) rather than move to the country of the company, immigration rules (including the right to remain and work) will not be triggered or apply. Immigration paperwork will also not be required if the individual has EU citizenship and wants to live and work from anywhere in the EU. This is a result of the EU’s free movement rules.

Brexit and taking back control of borders: A Pyrrhic victory?

As a result of Brexit, free movement of persons between the EU and the UK ended on 31 December 2020. British citizens who had crossed borders before this date to build a life in the EU are required to apply for settled status if they want to stay. British citizens who want to move to an EU Member State and stay for longer than 90 days in total (in any 180-day period) after 31 December 2020 will require a visa issued by that EU Member State. Brexit therefore results in more red-tape for British citizens who want to live in for example Spain or Portugal – for a while or permanently – while continuing to work for a company in the UK. At the same time, the remaining 27 EU Member States are continuing to allow their citizens the flexibility to study, live, work and dream across the continent. The EU citizens can decide freely to work in one Member State while living in another with no requirement to complete any paperwork. The opportunities are endless, or should we say, “borderless”. No longer so for UK citizens.

Given the form of Brexit that the Government decided on (a “hard Brexit”), Brexit also has and will continue to have significant negative consequences for the UK’s economy, its relationship with its closest neighbours and security and diplomatic standing in the world.

The UK Government’s recent announcement that the UK has proudly taken back control of its borders and will “prosper mightily” outside the EU therefore sounds beyond hollow and equates to winning a Pyrrhic victory. The UK has given priority to so-called “control over national borders” over free movement in a world that moves to location-independent working, which gives people the flexibility to make a separation between where they live and where they work and where physical borders are therefore at risk of becoming irrelevant. British citizens who mourn the loss of their freedom of movement can only hope that in the near future the, or a, UK Government will change direction again and realise that the future of work and play is global.

Are you considering moving abroad? Despite Brexit, UK citizens can still move to EU countries such as Portugal, speak to our lawyers today to find out more. You can get in touch with our London, Manchester, or Birmingham immigration lawyers, or use the office finder to find the closest branch to you. 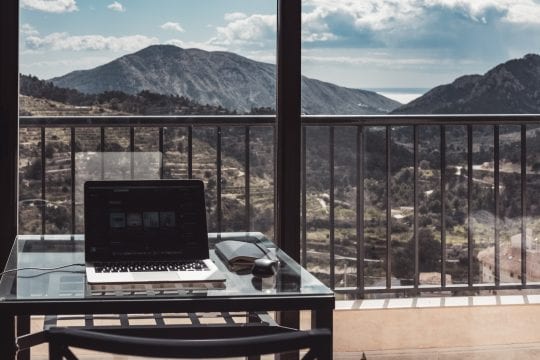 The COVID-19 pandemic has triggered an unprecedented rise in remote working.  [Image: Unsplash] 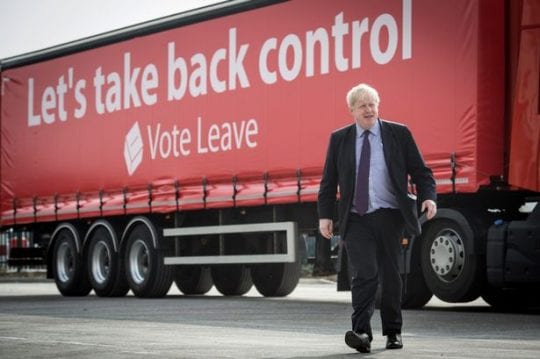 Let’s Take Back Control’ was one of the Leave Campaign’s key slogans in the run up to the 2016 EU Referendum. [Image: The Mirror]