MPs have voted to reject a House of Lords amendment to the Immigration Bill which seeks to protect child refugee family reunification rights beyond the end of the Brexit transition period.

Despite passing the initial stages in the House of Commons in Westminster, London, back in June, the Immigration Bill has encountered considerable difficulty in the Lords, with peers advising that five amendments must be made before it is made into UK law.

However, the amendment has now been stripped out by MPs, who have voted in favour of its removal by 327 votes to 264- majority 63. According to the division list, six Conservative MPs rebelled in an attempt to keep the measure in the Bill, including former ministers David Davis and Tim Loughton.

Known as the ‘Dubs Amendment’ after refugee campaigner and Labour peer Lord Dubs, it was successfully moved in the House of Lords for the second time prior to its recent dismissal in the Commons.

Lord Dubs, who fled Nazi Germany during his childhood, had this to say:

The Immigration and Social Security Co-ordination (EU Withdrawal) Bill forms the legislative basis for the new points-based immigration system that is set to come into effect on 1 January 2021. MPs also disagreed with the Lords’ third amendment- to give EU children in care and care leavers automatic Indefinite Leave to Remain (ILR)- by 330 votes to 262.

Speaking during the debate, Conservative former cabinet minister Karen Bradley described it as ‘absolutely vital’ to have safe and legal passages to the UK post-Brexit:

If I can quote Archbishop Desmond Tutu, who said, ‘There comes a point where we need to stop just pulling people out of the river, we need to go upstream and find out why they’re falling in’.

“If I can urge the minister to work with the Home Office and newly created Foreign, Commonwealth and Development Office to make sure upstream we’re dealing in source countries with how we stop people falling into the river, because we can’t deal with that problem just in the Channel.”

“We need a Dubs 2 and we need a family reunion scheme regardless of Brexit.

“We need it, we have a great tradition of saving these children, if we don’t have it in this Bill come January 1 we will have no safe and legal route for very, very vulnerable children.”

If you’re concerned about how the forthcoming points-based immigration system affects your UK immigration status, contact our client care team today on 0333 305 9375.

We are highly-skilled in all areas of immigration law, from Spouse Visa application support to EU Settlement Scheme advice and guidance, and would be delighted to assist with your query. 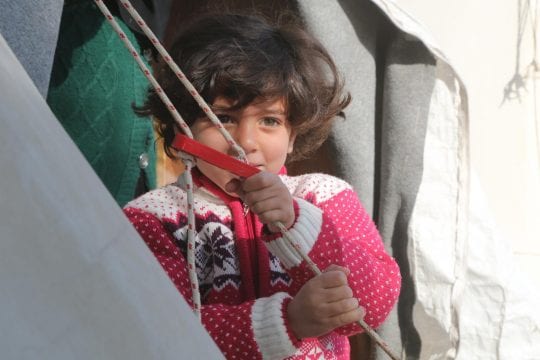 The current rules enable unaccompanied child refugees to be reunited with their family members in the UK. [Image: Unicef] 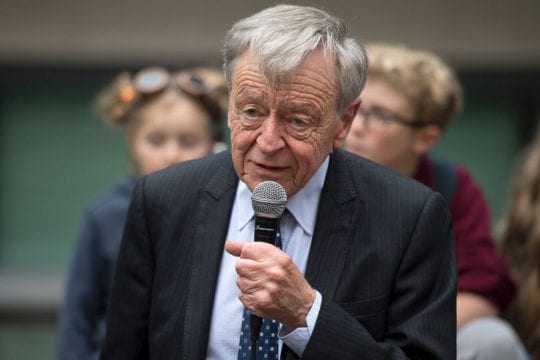 Alf Dubs has been a prominent proponent of refugee rights for a number of years, and has been the driving force behind the amendment. [Image: IBTimes]