It is no secret that the climate is drastically changing. Ice caps are melting in the Arctic as the Earth heats up, causing sea levels to rise. Global warming is set to have detrimental impacts on the Earth and humanity, with higher sea levels leading to flooding, erosion, tsunamis, hurricanes and other natural disasters.

The number of people being displaced, due to these increasing environmental issues, is extremely concerning. In fact, every year, 26.4 million people are forced to migrate, due to environmental factors. However, individuals who are forcefully displaced by environmental disasters or conditions do not fall under the “traditional refugee” model.

The definition of a refugee according to the 1951 Refugee Convention, which is used by global Asylum laws, signifies an individual who is fleeing direct persecution, which is threatening their life or safety. This persecution can be for any reason, meaning that there is no limitation or restriction to this, but it usually involves religion, political beliefs, race, sexuality and gender identity.

…every year, 26.4 million people are forced to migrate, due to environmental factors

Unfortunately, “climate refugees” are not covered by this definition. This is mainly because the environment does not persecute people, and the destruction caused by various natural disasters is arbitrary. This means that displaced people who are forced to flee from their homes are not covered by the global understanding of a ‘traditional refugee’ model. There is a clear protection gap for such individuals, and it is vital that the convention is either extended to include such individuals, or a new category for climate refugees is created to resolve this.

The threat of global warming

The International Organisation for Migration (IOM) estimates that there could be up to 200 million displaced people by 2050 as a result of global warming and climate change.

The melting of ice in the Arctic, leading to higher rates of flooding, riverbank erosion, and salt-water intrusion every year, is the Earth’s climate response to changes in greenhouse gas levels. Since the late 19th century, the planet’s average surface temperature has risen by approximately 0.9 degrees Celsius, which is largely driven by increased carbon dioxide and other human-made emissions into the atmosphere.

There is a clear protection gap for climate refugees

The extent and thickness of Arctic sea ice have decreased drastically over the past decades. According to data from NASA’s Gravity Recovery and Climate Experiment, Greenland lost an average of 286 billion tons of ice per year, between 1993 and 2016. Global sea levels rose by eight inches in the last century, with the rate accelerating slightly every year. These concerning changes in the Arctic ocean are leading to environmental destruction across the world. Europe has a higher risk of inland flash floods and erosion from storms and sea-level rise. In Asia, coastal areas are also at risk of flooding, as well as increased death rates from diseases caught through waterborne diseases such as cholera, dysentery and typhoid fever. Furthermore, increased temperatures along the Earth’s ocean surface and increased pressure are leading to higher wind speeds in tropical storms and a rise in natural disasters, including hurricanes and earthquakes. 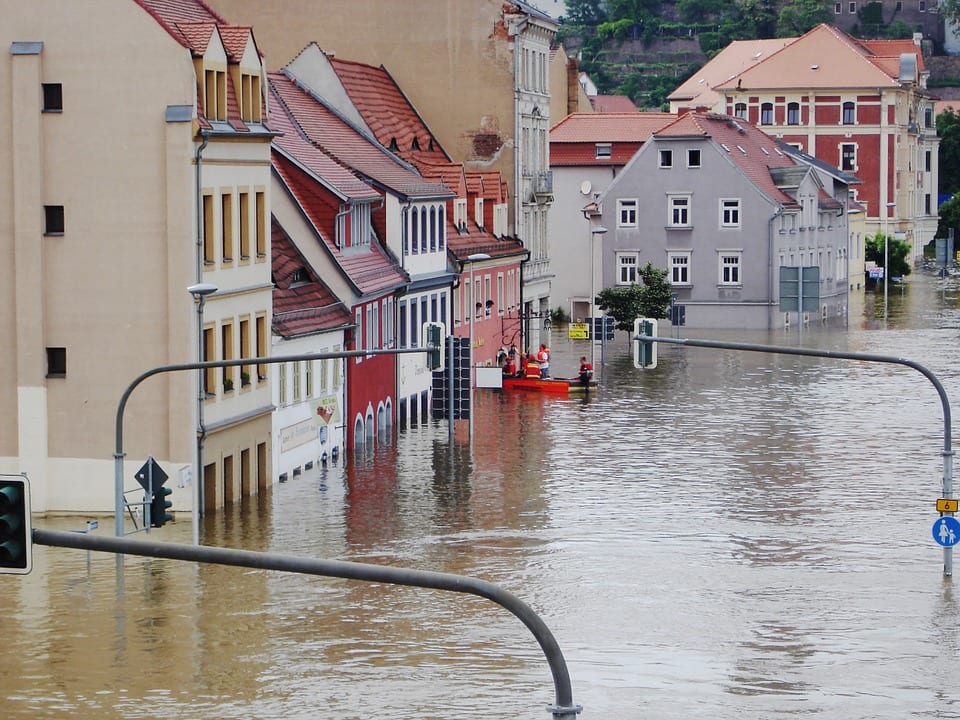 When it comes to securing protection for environmentally displaced people, it is important to take into account the pre-existing discourse surrounding the term “environmental refugees”. Despite the growing number of people regularly referred to as ‘climate refugees’, there is no legal recognition for such a group, even if the term has been in our vocabulary since the 1970s.

The term “refugees” often resembles the image of individuals escaping a life-threatening circumstance. However, some displaced people argue that they wish to move in dignity and through regular channels, without having to abandon everything behind, and therefore do not like the term ‘refugee’. So, it is crucial to take this into account when defining the term and encouraging the establishment of a climate-specific legal status that can co-exist with the current refugees’ status.

According to other arguments, opening the 1951 Refugee Convention may weaken the refugee status, or even lead to the exclusion of various groups of people who are in desperate need of protection, which would be tragic, considering the state of our world. Therefore, regular migration pathways should be maintained, as they can provide appropriate protection for displaced people, as well as a status for people to freely migrate, in the context of environmental impact. This includes humanitarian visas, temporary protection, and regional and bilateral free movement agreements.

Global sea levels rose by eight inches in the last century, with the rate accelerating slightly every year

Countries need to consider migration agreements as well as encouraging refugee protection for displaced people. IOM encourages the use of all existing laws and practices in humanitarian, human rights and refugee law, including instruments on internal displacement, disaster management and legal migration.

With the threat of climate change, caused by human activity, we can imagine millions of people becoming displaced in the near future. Not only should we think of methods to close the protection gap, but we also must not lose focus on preventive measures. We are all first citizens of this planet, so we must collaborate and invest in environmental solutions to prevent the Arctic ocean and planet from changing any further and stop more people from being forced from their homes by climate change.

If you need support with your immigration case, call our London, Manchester, or Birmingham immigration lawyers, or use the office finder to find your nearest branch.

Select
How do I keep track of my UK visa status?
Immigration Official Admits That People Are Being Wrongfully Deported From The UK