Caroline Nokes, former immigration minister, has branded the government’s approach to immigration as “inhuman”. In an exclusive with the Independent, she also warned that government immigration policies will end up costing the taxpayer more money.

Nokes left her role as immigration minister in July 2019 during Theresa May’s tenure. She described the current direction of the Home Office as “profoundly depressing” and at times, “hideously wrong”.

The Conservative MP for Romsey and Southampton North said ministers were “paying lip service” to Wendy Williams’ Lessons Learned report on the Windrush scandal. She said ministers were failing to put people at the heart of Home Office policy, as was recommended in the review.

Nokes condemned the approach of minister Chris Philip and Home Secretary, Priti Patel, towards the asylum system. She said that the approach was increasingly “brutal” and risked “whipping up an unpleasant reaction to some very vulnerable people” and created legal and financial problems for ministers in the future.

The former immigration minister said commitments to change following the Windrush scandal “torn up, disregarded and rendered clearly completely irrelevant” regarding the decisions made on the asylum system.

“I don’t know where we go next from here. I think it’s a great shame that they aren’t being more compassionate towards some really vulnerable people.”

In the latter part of last year, Priti Patel said she was going to fix the “fundamentally broken” asylum system in the UK and make it “firm and fair” in the biggest overhaul of the system in decades.

One of the plans involves placing those waiting on their claims in a number of “camps”. One of these camps will be in Nokes’ constituency. Nokes explained that the land has no electricity or water mains and that asylum seekers will be in earshot of gunfire from a nearby gun range.

The Home Office claims that the site will have electricity and sanitation before asylum seekers are housed there.

“We know these people are going to have had huge trauma. It fills me with horror that our supported asylum accommodation processes have gone so hideously wrong that they can’t even recognise that this is not a decent way to accommodate people.

No commitment to Refugee Resettlement

Ms Nokes also raised alarm about the government’s lack of commitment to restart refugee resettlement in the UK.

Plans to welcome 5,000 individuals to the country were abandoned because of the coronavirus pandemic. Countries such as France, Italy and Spain have reopened their resettlement programmes, the UK is yet to do so.

“I totally get Covid, but there’s been no affirmation of what happens in 2021,” she said. “The resettlement scheme was ground-breaking and full credit to David Cameron for putting it in place and Theresa May for seeing it through, but the stark reality is there now appears to be no firm, ongoing commitment to global refugee resettlement.

“I get quite angry when the minister refers to our proud history [of refugee resettlement]. Sure, we’ve resettled a lot of people, but we’re not resettling any at the moment and he’s not made any commitment for the future.”

She also spoke of her concern that that the current rhetoric was threatening to undermine the judiciary system. Nokes said:

“Do we believe in the judicial process in this country? I think we do. And I think it’s quite problematic trying to turn a whole profession into your enemy.”

Nokes also shared her views on the UK Borders Act 2007, which states that any non-British citizen who is sentenced to more than a year in jail should be deported from the country.

“The reality is a lot of these people are quite serious offenders, but not all of them. An 18-year-old might be sentenced for a drug offence for 13 months, and then nobody bothers to follow it up for years because the Home Office systems are so under-resourced, then years later somebody goes: ‘This person has done 13 months inside, well that’s a deportation order’.”

“If you have somebody that serves their sentence and then has an unblemished record, should we still be relying on a piece of legislation that’s 13 years old and doesn’t allow discretion? Do we believe in rehabilitation of offenders? I think we probably do.”

Our immigration lawyers are here to help you apply for a UK visa and to secure your status in the country. 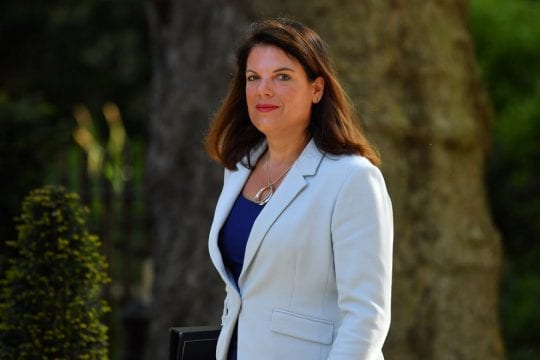 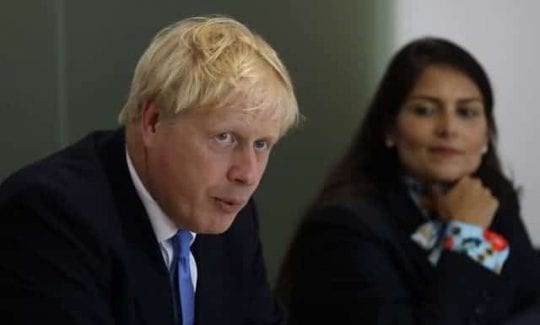 The UK is yet to reopen its refugee resettlement programme. [Image credit: London Economic]