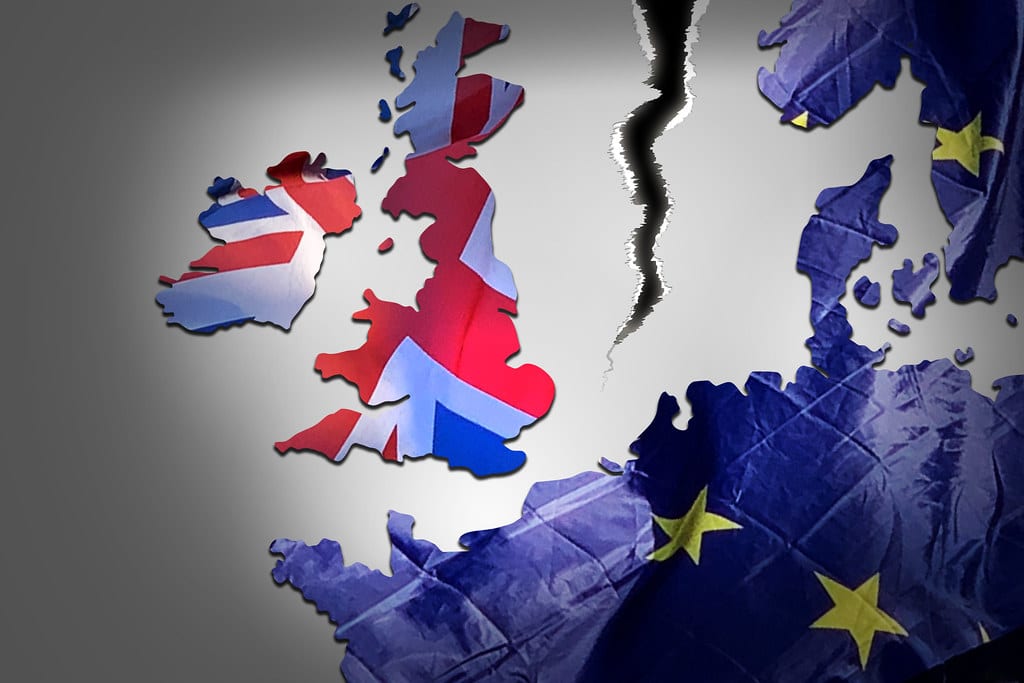 The British government today released their latest white paper on exiting the EU under new Brexit secretary Dominic Raab following the dramatic resignation of his predecessor on Sunday. Raab’s first appearance before the Commons in his new post, however, was soured by the fact that none of the MPs in the chamber had been able to read it prior to his taking questions on it.

Chaos ensued in the Commons as speaker of the house John Bercow ordered a five-minute suspension of proceedings for MPs to read the paper. In the live recording from the chamber, Labour MP Ben Bradshaw can be seen throwing copies to members on his own bench as Bercow attempts to gain control. Bercow stated: ‘it is most regrettable that this situation has arisen’.

Members on both sides of the house asked for the Commons to be suspended to allow more time for them to read the document they are meant to be asking questions on.

Nevertheless, the government’s new plan is (now) available to read online. The paper covers the future economic and security partnerships, digital and agricultural agreements and, all-importantly, an end to Free Movement.

While the end of Free Movement will mean that EU citizens will no longer have unreserved travel to the UK and vice versa, there are a number of references to future immigration policy between the UK and the EU.

This white paper is simply a proposal, meaning that negotiations with the EU could see the government’s statements completely rewritten or struck off. As Dominic Raab reaffirmed today, ‘nothing is agreed until everything is agreed’.

However, Theresa May has headed this chequers proposal with great optimism and resolution. This could suggest that the government is intent on coming as close to this deal as possible.

Today’s white paper does not give much mention to immigration, (only 20 paragraphs mention migration at all) but there are some key statements that could shape the future of EU citizens in or entering the UK after Brexit day.

The Home Office currently operates a system with other countries in which their citizens are known as ‘non-visa nationals’. Allowing EU Member States to be non-visa nationals would mean that citizens could travel between the EU and the UK without a visa for tourism and temporary business pursuits.

The end of Free Movement would mean that no EU nationals could come to the UK to work without a job offer, but the government would like to keep a relaxed attitude towards temporary migration. The suggestion of temporary business activity continuing would mean that EU citizens would not need to apply for the current Business Visitor Visa. This also suggests that the same would be granted to UK citizens.

The EU has previously rejected proposals to allow the UK to keep as many of the benefits EU membership allows while still leaving the Customs Union and Single Market. This could mean that the prospect of visa-less travel could be swiftly denied in talks, but could also be an acceptable compromise for the EU which would see a continued positive relationship between the two parties.

“The UK proposes a UK-EU youth mobility scheme to ensure that young people can continue to enjoy the social, cultural and educational benefits of living in each other’s countries. The UK already operates a number of youth mobility schemes with other global partners, for example with Australia and Canada, on which this could be modelled.”

For countries like Canada and Australia, young citizens between the age of 18-30 are able to enter the UK to work, live or take part in organised programmes, such as the government exchange programme. The UK government has proposed that this Youth Mobility Visa route be extended to EU member states.

The Youth Mobility Scheme allows applicants to come to the UK for two years and is unfortunately not renewable. The government does allow those in the UK on this type of clearance to apply to switch routes from inside the UK. This would mean that EU citizens working on a Youth Mobility Visa would be able to apply for such routes as the Tier 2 Work Visa or even a Spouse Visa.

Those in the UK on the Youth Mobility Visa are able to enter the country before being offered a job as their home country acts as a sponsor for their application. This would grant UK and EU youth an allowance of freedom to emigrate with the intention of working in the any chosen country involved. However, for UK citizens involved in the Youth Mobility Scheme, as with EU citizens, once the initial two-year period came to an end, they would be at the mercy of immigration controls in their host country.

This will allow the UK government to curb migration by EU citizens to the UK without viable job prospects but will also mean residency rights for UK citizens will be dependent on whichever country in the EU they decide to move to.

This future proposal also makes reference to the ‘intra-company transfer’ visa that the Home Office currently offers, stating: ‘the UK also wants to agree reciprocal provisions on intra-corporate transfers that allow UK and EU-based companies to train staff, move them between offices and plants and to deploy expertise where it is needed’.

Multinational companies can currently apply to transfer employees from non-EU countries to the UK to receive training or train others. This kind of visa comes under the Tier 2 branch of the points-based system and so is under such restrictions as the minimum income requirement.

Applications for the Intra-company Transfer come under Long-term Staff or Graduate Staff. Long-term staff will need to have been working for the company for at least a year and can stay for up to five years if they earn less than £120,000 – 9 years maximum if they earn more. Graduate staff will need to earn at least £23,000 and must be entering the UK for a maximum of 12 months for specific training.

This visa type is not a route to settlement, meaning that even after five years in the UK on the Intra-company Transfer Visa, migrants cannot apply to stay indefinitely in the UK and must switch to another visa for at least a further five years to be eligible for this application.

For this to be one of the only mentions of work mobility in the white paper could cause discontent during UK/EU negotiations. Since Free Movement is such a significant element of these talks, to mention a specific visa route which does not allow migrants further access to the UK despite allowing them to live for an extensive period of time could be seen as insulting.

Of course, it must be remembered that this is all only proposal and everything is subject to change over the next 9 months before the UK leaves the EU. The comments in this white paper could shape migration relations between the EU and the UK for the future, or they could be abandoned by the wayside in the discussions to come.

Overall, there hasn’t been many proposals that stand out from current UK immigration policy as new. The UK government seems to want to bring EU migration in line with their current policy, but there are still considerable barriers to overcome before anything can be officially confirmed. The negotiations to come will continue to indicate which direction or migration policy is going to go and another paper on immigration is set to be released towards the end of the year.