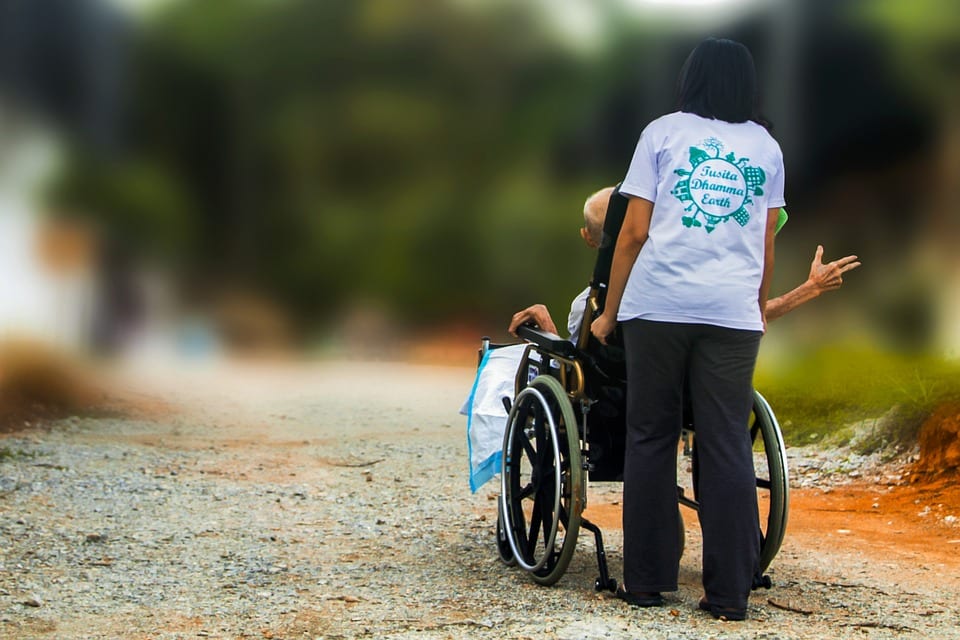 For any person seeking refuge in the UK, being granted asylum can involve a multitude of traumas, from the Home Office’s relentless disbelief of a person’s legitimacy to the remnants of a hostile environment that continues to dictate British anti-immigration rhetoric.

Yet, for asylum-seekers with physical and mental disabilities, journeying to the UK comes with even harsher barriers. Vulnerable individuals are left unprotected by gaps in legislation, fearful of the very authorities who are supposed to protect them and often detained for an indefinite period of time; all whilst struggling with serious physical and mental disabilities.

What the law says

Currently, statutory restrictions under Section 21 of the 2014 Care Act eliminate the entitlement for asylum seekers with special care needs to receive care either if they do not satisfy the requirements under the Immigration and Asylum Act 1999 or if it appears their need for support has arisen, or is likely to arise, from being destitute.

In such cases, whilst an asylum seeker may apply to the Home Office for support, Schedule 3 to the Nationality, Immigration, and Asylum Act 2002 acts as another legislative barrier to ‘failed’ asylum seekers whose refused application – often unfairly determined by unreasonable requirements of evidence by the Home Office – make them ineligible for local authority social care.

The ruling of the Court of Appeal that local authorities do not need to accommodate those who intentionally make themselves destitute – by refusing to leave the UK –  explicitly reflects how authorities fail to take seriously the desperation of asylum seekers facing persecution and exile back in their home countries. The Government’s refusal to create legislation that protects all disabled asylum seekers is even more shocking when considering the number of people who claim asylum on the grounds that they have been persecuted for their physical and mental disabilities in their countries of origin.

According to a report by the Equality and Human Rights Commission (EHRC), pregnant and disabled asylum seekers are amongst those needing NHS care, yet, have chosen to go without medical help over fears of being mistreated by authorities or having their data shared with the Home Office. Sadly, current UK society means domestic abuse victims, forcibly brought to the UK on a Spouse Visa, would rather stay silent than receive mental health treatment in fear of losing their status and being deported.

Additionally, many asylum seekers simply cannot afford the NHS’s upfront charges to access care, an unjust measure introduced by ministers last year which punishes those who are already prohibited from earning money by asylum laws.

Survivors of torture, war and persecution often suffer from mental illnesses, such as depression and PTSD, with more than 61% of asylum seekers experiencing some kind of serious mental distress due to their migration traumas. As a result, punitive post-migration treatments throughout the application process and across institutional domains are particularly damaging for an individual’s wellbeing and only add to the cumulative effect of trauma.

In addition to mental wellbeing, asylum seekers with physical disabilities face overt stigmatisation and misjudgement for both their immigration status and their disability.

Wilson Mukerjee, a Pakistani asylum seeker, was forcibly detained after his family’s government benefits stopped following the refusal of his asylum application. His son Charles, who has serious epilepsy, learning disabilities and speech impediments, was verbally abused by an aggressive detaining officer and deprived of bathroom breaks during the van journey to the detention centre. After suffering a series of panic attacks and expressing suicidal thoughts whilst being detained at Yarls Wood Detention Centre, staff from Serco stated after an interview with Charles that he ‘should not be in this place even for one second’. Eventually, lengthy proceedings began to get the family out.

Settling the UK apart from any other country in Europe, current immigration laws allow for asylum seekers to be indefinitely detained, leaving vulnerable people trapped in a precarious state of limbo whilst their asylum applications are being processed or have been refused. Current figures show 32,526 people to be trapped in detention centres, equating to 20% of total EU detainees, despite the UK accepting a much lower percentage of asylum applications than its EU counterparts.

With no special facilities in place for vulnerable people, detainees with physical and mental disabilities have little luck in obtaining the necessary care required. One report by the British Medical Association exposed severe negligence across detention centres, both in the treatment of detainees – with many disabilities not even being identified – and with minimal standards of cleanliness being enforced.  Despite nearly a third of detainees at Harmondsworth being regarded as vulnerable under the Home office definition, the report exposed a below-average proportion of detainees stating they were treated with respect by staff.

In fact, human rights abuses and institutional neglect are all too commonplace, especially at Yarls Wood and Harmondsworth detention centres, both of which continue to be investigated for severe misconduct including sexual harassment, racially-motivated violence, and neglect for those suffering suicidal ideation and self-harm. Depicting his seven-year detainment in Harmondsworth, Alieu, a refugee from Gambia and torture survivor, said ‘The trauma from being locked up in detention after I’d already experienced torture will stay with me for the rest of my life’.

Until indefinite detention is made illegal and universal legislation enacted to provide healthcare and support to all disabled asylum seekers, the UK immigration system will continue to exhibit a systemic disregard for the welfare of society’s most vulnerable individuals. Those who have already experienced unimaginable peril, persecution and discrimination deserve to be welcomed with compassionate arms and be granted the opportunity by trusted authorities to rebuild their lives. The UK should be a safe haven for human rights, not a facilitator of human rights abuses.

If you are looking for immigration legal advice, we are here for you. We have offices in London, Birmingham, Manchester and many other locations throughout the UK and Ireland. Wherever you are located, the IAS is here for you.