The UK government has announced that the number of visas available to Ukrainian refugees will double to 200,000 after they faced criticism for their response to the invasion of Ukraine by Russian forces.

In an announcement the Home Secretary, Priti Patel said that the rules will be relaxed to allow people who already have settled status in the UK to bring a wider array of relatives to join them from Ukraine. This means that elderly parents, grandparents, adult children, and siblings will now be eligible to come to the UK.

The Home Secretary also announced that a new visa route would be established for Ukrainians who don’t have family links in the UK, the humanitarian sponsorship pathway will let British businesses bring Ukrainians to the UK.

In an address to MP’s about the rules for Ukrainians, Priti Patel said:

“Those joining family in the UK will be granted leave for an initial period of 12 months. They will be able to work and access public funds…Secondly, we will establish a humanitarian sponsorship pathway which will open up a route to the UK for Ukrainians who may not have family ties with the UK, but who are able to match with individuals, charities, businesses and community groups.” 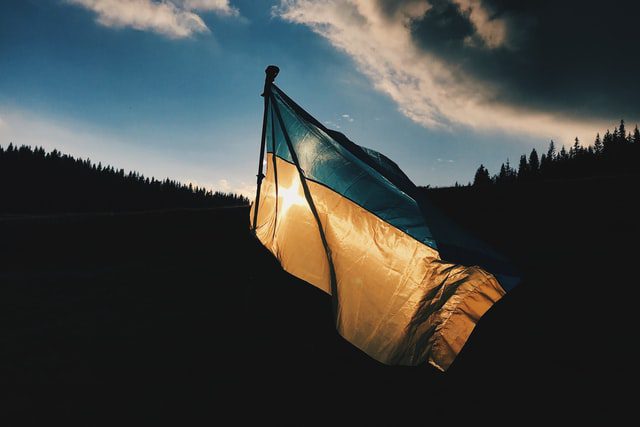 The new visa rules come as the government faced an outcry over their initial response to the invasion of Ukraine. The government stopped accepting visa applications from Ukrainians following the Russian invasion, leaving no safe and legal route for Ukrainian refugees to get to the UK unless they had British relatives.

Only those with close relatives such as spouses, partners, or children were eligible for the family migration visa, an issue that was raised to ministers by MP’s.
Shadow Secretary, Yvette Cooper, accused Priti Patel of being poorly prepared, she said:

“Why is there so much confusion about this? The Russian invasion began five days ago and other countries responded with clear sanctuary arrangements immediately…We had a weekend of complete confusion. We still don’t know what the arrangements are, why nothing worked out already? And how on earth is the Home Secretary so poorly prepared for something she’s been warned about for so many weeks?”

Kevin Foster, the Home Office minister responsible for legal migration, also faced criticism after he made and later deleted a tweet suggesting that under current immigration rules desperate Ukrainians could apply for a visa to come here and pick fruit.

Now, more family members will be eligible but the government still faces criticism from the public, refugee charities, and MP’s who have questioned why the UK has not followed suit with the EU and introduced visa waivers for Ukrainians. The EU will also not cap the number of Ukrainians entering and will permit stays of between 1 and 3 years.

Many are concerned that the UK’s response is too slow and would not help many of those fleeing the Russian invasion of Ukraine.

Enver Solomon, the chief executive of the Refugee Council, expressed concern that the UK government’s actions do not go far enough, he said:

“It could mean that far fewer Ukrainians are actually able to reach safety in the UK than the government claims. Sponsorship is a slow process and in recent years has only resulted in hundreds of refugees coming to the UK.”

France has also asked UK authorities to further relax visa requirements for Ukrainians fleeing the Russian invasion, an adviser to the French president, Emmanuel Macron, said that “over-restrictive” rules had led to refugees being stranded in northern France.