In a bid to tackle the UK’s increasingly problematic labour shortage the government has announced that they will be making up to 10,500 temporary work visas available to lorry drivers and poultry workers.

The Department for Transport said that the new visas would provide “short-term relief for the haulage industry” and that visas for poultry workers would avoid further issues with the supply chain in the food industry.

The government insists that the visas will only be a short-term solution. They will become available in October and will only be valid until Christmas eve, with a 14-day grace period after this for workers to leave the UK.

As part of their plan to tackle labour shortages the government also announced that they will also aim to train 4,000 heavy goods vehicle (HGV) drivers with the assistance of examiners from the Ministry of Defence. 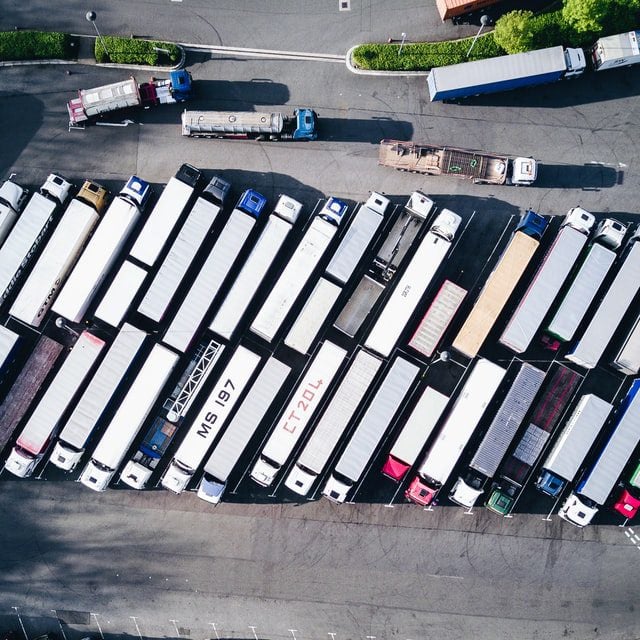 Why is there a labour shortage?

A shortage of HGV drivers has caused significant issues to supply chains in recent days, particularly in the fuel industry. Delays in fuel deliveries have led to many petrol stations running out of fuel and large queues at petrol stations forming across the country.

Supermarkets and fast-food chains have also been affected by the labour shortages and the new temporary visas are aimed at those who work as part of the food supply chain.

Logistics UK has estimated that there is a shortage of around 90,000 HGV drivers. A number of factors have been credited as the reason for the shortage, including an already pre-existing shortage paired with the impacts of COVID-19 and Brexit.
Rod McKenzie, managing director of policy and public affairs at the Road Haulage Association RHA said that the industry was already short of around 50,000 drivers and that a further 20,000 had left after the UK left the EU.

Now that free movement has ended between the UK and the EU, workers from the EU need a UK work visa, which is expensive to obtain and comes with strict eligibility requirements.

The British Poultry Council had previously warned the government that they may not be able to keep up with the processing demand for turkeys around Christmas because they have historically relied on an EU workforce.

Will the temporary visa scheme work?

Experts have already begun to criticize the temporary visa scheme, claiming that it is too little too late and that the plan for the new visas is insufficient.

The British Chamber of Commerce claimed that the new measures were comparable to “throwing a thimble of water on a bonfire”.

Many have also pointed out that the scheme will not be appealing enough to workers from the EU. Rod McKenzie said:

“They will see an advert tomorrow if they are lucky, they’ll apply for the job, they will need to find somewhere to live in Britain, assuming they get a visa, and then they will have to hand their notice in wherever they are working now. You can work it out that 12 weeks suddenly becomes 10 weeks, becomes eight weeks and then becomes “crikey, is it worth it?”.

Do you need help applying for a temporary worker visa? Our lawyers can assist you. Get in touch

If you want to work in the UK our team can assess your eligibility for a UK work visa and can help you to apply. With our visa application package, one of our lawyers can assist you with all of the necessary paperwork, help you to gather all of the relevant supporting documents, communicate with the Home Office on your behalf and can answer any questions you may have about UK work visas or the application process.

For more information about our immigration services, contact our team today on 0333 455 3524.

Request the Appeal Package
Explainer: What is happening to the UK’s supply chain?
Home Office admits that the New Plan for Immigration might not work