This week Home Secretary Priti Patel unveiled plans for the UK’s immigration system post-Brexit. In a 130-page document, Patel explained the new points-based system and her wider vision for the future of UK immigration.

Patel said UK employers would be encouraged to invest in workers from within the UK but was also keen to point out that the new system will “attract the best and brightest from around the world”.

“At a time where an increased number of people across the UK are looking for work, the new points-based system will encourage employers to invest in the domestic UK workforce, rather than simply relying on labour from abroad.”

The new immigration system is due to be implemented in January of 2021 when freedom of movement with the European Union will end.

A new health and care visa is due to come into operation in January 2021. This fast-track visa will enable health professionals to work in the UK when freedom of movement ends.

The health and care visa will be open to workers who have a confirmed job offer in one of the “skilled” roles within the NHS, NHS service providers and the care sector. Those eligible for the visa will include doctors, nurses, radiographers, paramedics, social workers, pharmacists, physiotherapists, among others.

The health and care visa will be open to workers who have a confirmed job offer in one of the “skilled” roles within the NHS, NHS service providers and the care sector.

The government said that the new visa will have a reduced fee, and those applying for it should receive a decision within three weeks.

The GMB union, which represents NHS staff, have expressed their concerns, describing the new rules as an “embarrassing shambles”. The union criticised the exclusion of social care workers and frontline home care workers and said that the new minimum salary threshold of £20,480 will mean that many NHS workers such as cleaners, porters and support staff would not qualify for the new visa.

Also, the union Unison said that the failure to include care workers in the new health and care visa was a “disastrous mistake that will make existing problems spiral”.

Chief executive of Care England, Martin Green said the new “NHS visa scheme is another example of the way in which the Government treats social care staff as second-class citizens.”

Under the new system, those who wish to come to the UK to work must have a job offer from an approved sponsor that is appropriate to the applicant’s skill level. Applicants will also need to speak English to a certain level.

The new system will assign applicants points for specific skills, qualifications, salaries and professions. Applicants must score 70 points to be eligible to apply for a visa.

Also, employers will be able to offer jobs to foreign nationals without proving that the job couldn’t be filled by someone already living in the country, otherwise known as the Resident Labour Market Test.

The new system will assign applicants points for specific skills, qualifications, salaries and professions. Applicants must score 70 points to be eligible to apply for a visa.

The minimum salary threshold is generally expected to be £23,040. However, those with valuable skills such as lab technicians can work in the UK with a salary as low as £20,480.

Spouses, partners and children of those deemed to be skilled workers will still be able to join their family member in the UK under the new system. Family members will be eligible to work in the UK and children can attend schools here too.

The government has also announced that there will be changes to how the UK deal with foreign nationals who have been convicted of a criminal offence.

The government said that “Those already in the UK who are sentenced to 12 months or more in prison must be considered for deportation.”

Also, even if someone has not been sentenced to 12 months in prison, they will still be “considered for deportation where it is conducive to the public good, including where they have serious or persistent criminality.”

Also, Priti Patel said that the visa application process for students is being refined. The Home Secretary said a new graduate route, set to be launched next summer, will “help retain the brightest and the best students to contribute to the UK post-study”.

Under the new plans, international students will be able to stay for a minimum of two years after they have finished their undergraduate or masters degree. Those who have completed a PhD will be permitted to remain for a minimum of three years in the UK.

If you are looking for immigration advice and application assistance, the IAS is here for you.

We have teams in London, Manchester and Birmingham, and at a number of other locations. 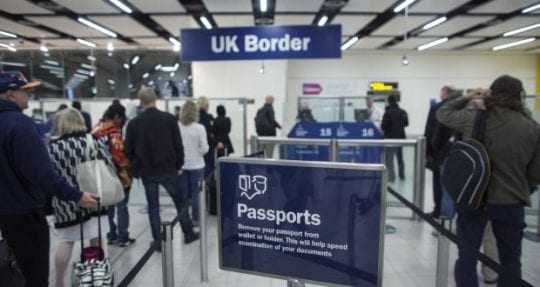 The new points-based UK immigration system is due to be implemented from 1st January 2021. [Image: Irish Times] 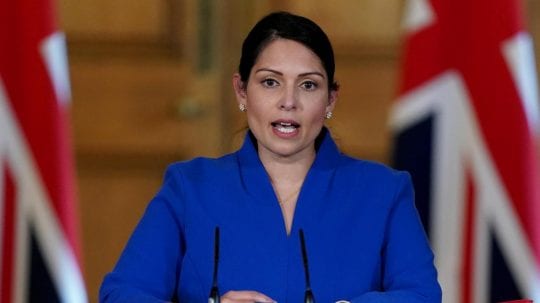 Home Secretary Priti Patel said the new immigration system will “attract the best and brightest from around the world.” [Image: The Times] 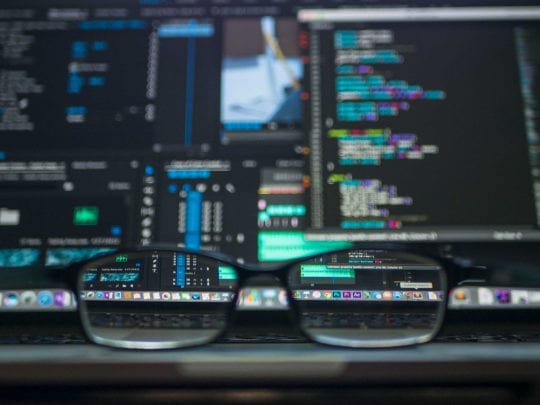 Under the new points-based system, certain occupations such as those within the STEM field will be worth more points.