A Nigerian citizen who was denied Indefinite Leave to Remain (ILR) has successfully challenged the Home Office’s decision that there were no exceptional circumstances justifying the exercise of discretion in her favour.

Ruth Awa- who originally moved to the UK as an international student in 2006- had her ILR application rejected due to a period of unlawful residence that took place between March 2016 and August 2017. However, this period of unlawful residence was completely unintentional on Awa’s part, and was instead caused by her solicitors failing to receive a letter from the Home Office, circumstances that Awa argues were overlooked in the decision.

Awa first arrived in the UK in September 2006 after she was granted a Student Visa. Following her studies, her leave to remain was extended as part of the Scottish Government’s ‘Fresh Talent- Working in Scotland’ initiative, and was later granted a new student visa valid until the end of January 2014.

On 16 March 2016, Awa submitted an application for further leave to remain on the basis of having established a family and private life in the UK- by this point, she was married and had a UK-born son. The Home Office confirmed receipt of the application, but sent a letter in May 2016 asking for further information due to some mandatory sections being incomplete.

Awa’s solicitors have unequivocally stated that this letter was never received. Further, to this, it was not in dispute that had the application been approved at the first attempt, Awa would not have been classed as an unlawful resident for the period in question.

On 5 July 2016, the Home Office wrote to Awa once again, this time to inform her that her application had been rejected. In the letter, reference is made to a different letter sent in ‘March 2016’- most likely an incorrect reference to the May 2016 letter. Despite this, the rejection prompted Awa to submit a new application.

The Home Office approved the new application, but only granted leave to remain from 25 August 2017 onwards. As a result of not backdating the leave, Awa was classed as unlawfully resident between March 2016 and August 2017, and therefore failed to meet the 10-year residency requirement for ILR.

Awa’s legal team argued that the Home Office was entitled to state that Awa did not meet the 10-year residency requirement for ILR, but had not taken into account the extenuating circumstances surrounding her March 2016 application. It was not that Awa’s application had been refused, it was that she was unable to add more information due to a letter that was never received.

The case was heard in the Outer House of the Court of Session by Lord Glennie, who stated the March 2016 application would most likely have been granted:

“Whether or not the Home Office has a practice of sending out a letter pointing out basic mistakes in the application, it is plain that they would not do so in a case where they considered that the application was likely to be refused once the missing material was provided and the defects in the application made good. There would be no point.”

Glennie then went on to explain that the issue was caused by an ‘unfortunate mishap’, and that these circumstances were known by the Secretary of State by 15 January 2020 at the very latest. But instead of using this as an opportunity to reconsider her decision, “she took a stand on the issue of the letter being ‘deemed’ served on the petitioner.”

If you have any concerns or queries regarding your Indefinite Leave to Remain (ILR) application, contact our client care team today.

We are extremely experienced in all areas of immigration law, from Spouse Visa application support to British Citizenship by Marriage advice and guidance, and have a proud track record of securing approved applications for our clients.

With offices across the UK, including in London and Birmingham, our lawyers can assist you no matter where you are based. 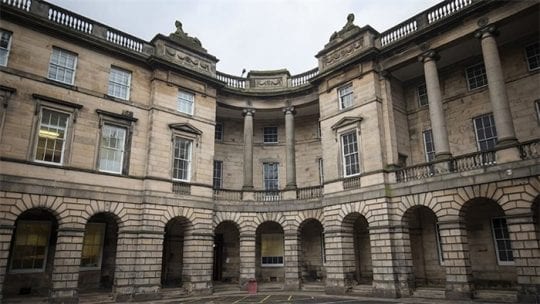 Awa’s case was heard at the Outer House of the Court of Session in Edinburgh by Lord Glennie.  [Image: Holyrood Magazine] 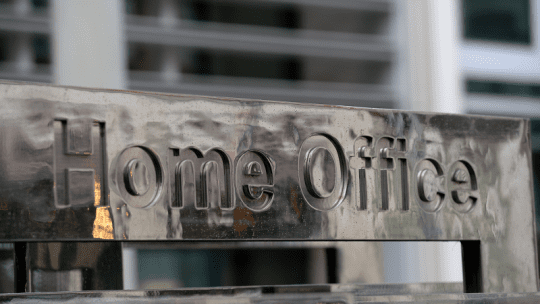 Ruth Awa successfully overturned the Home Office’s decision that she was ineligible for Indefinite Leave to Remain. [Image: Holyrood Magazine]