Work Visa UK: The new £30,000 minimum salary threshold will be damaging to the country after Brexit, says the CBI

Currently, those coming to the UK from outside the EU have to earn at least £30,000. They declare this as part of their Tier 2 Visa application.

The £30,000 requirement is now set to extend to EU nationals in two years.

It means that if you want to take up employment in the UK, you will only be able to do so if you earn at least that amount.

This has raised concerns that some industries like construction and hospitality could lose out. They heavily rely on migrant labour who typically earn below the £30,000 amount.

The manufacturers’ organisation is calling on the Government to bring in the threshold slowly. It says currently only one in twelve of its workers would meet the £30,000 requirement. That means if the threshold is brought in quickly it could drive down manufacturing production and see staff have to leave. 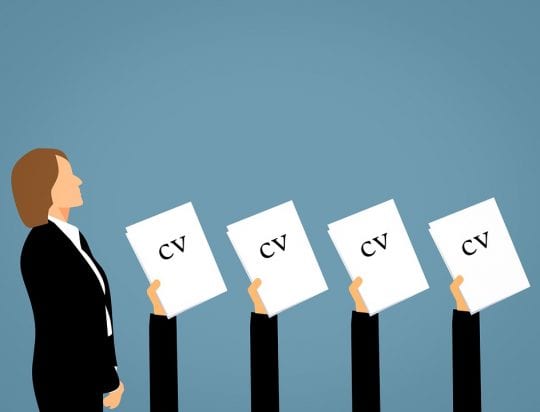 The £30,000 threshold was announced in the Immigration White Paper in December last year. The paper also vowed to end EU free movement. That means EU citizens will no longer be able to come to the UK to live, work and study freely.

A temporary measure was also outlined. It will run for five years and will allow low-skilled migrant workers to still enter the UK who earn less than the £30,000 threshold. They will be allowed to settle here for a maximum of twelve months at a time. A ‘cooling off’ period will prevent permanent settlement.

But there have been big disagreements in the Cabinet since the paper’s announcement. According to the Guardian newspaper, Chancellor Philip Hammond is thought to be one of the key opponents to the £30,000 threshold.

He raised concerns that it would hamper efforts to recruit and train staff for some of the UK’s key industries. The NHS is one example. The business secretary Greg Clark also warned of this.

Prime Minister Theresa May is thought to have wanted to implement the threshold immediately but was not allowed to do so.

She has previously spoken of wanting to attract “the brightest and the best” from around the world. This threshold would damage that.

And the current proposal does not work for each of the country’s regions and nations, according to the CBI.

The body noted specific challenges in each part of the UK. Take Scotland for example. The median annual salary is less than £24,000. That means under these proposals, most Scots wouldn’t qualify to enter their own country.

In Northern Ireland, the median annual salary is closer to £22,000. Retail and wholesale will be particularly affected by the £30,000 threshold. Eighty-five per cent of roles in these industries earn under this figure.

A similar picture exists in south-east England. Here, the median salary is closer to £25,000. Storage and transport roles will be particularly affected by the £30,000 threshold. Fifty-three per cent of these roles earn under this amount.

It’s clear the implementation of a £30,000 threshold will hamper efforts to recruit and train staff in a number of key industries in Britain.

But when that ceases at the end of 2020, it’s going to be a lot harder for them. The Government should take all necessary steps to ensure our economy does not suffer as a result.

Want a UK Work Visa? Don’t know how to get one or proceed with an application? Perhaps you’re asking yourself, is there an immigration lawyer near me who can help? Well, you’ve come to the right place.

The Immigration Advice Service is made up of a team of migration and asylum experts who can help you with any matters when you apply for a Tier 2 Work Visa. We are based across the UK, in areas including London, Birmingham and Manchester. Get in contact today on 0333 414 9244 or click the link below.

Select
No Deal Brexit: What Does the Future Hold for Erasmus Grants?
Tier 1 Update