Last week, the UK Foreign Office announced that it had reached an agreement with airlines to fly home British citizens stranded abroad amidst the COVID-19 crisis. Yet, despite this, tourists continue to question the government’s reluctance to act.

Thousands of British nationals – including backpackers, families with young children, retirees and those visiting overseas on business – have voiced their grievances as they have been left stranded abroad with a lack of coherent guidance and support.

Receiving vague and conflicted advice at every turn, British citizens have had to fund their own accommodation and source daily essentials in foreign countries while having their flights home repeatedly cancelled without being refunded the extortionate fees. The situation is becoming dire for those who are quickly running out of money and necessities such as medication through no fault of their own. 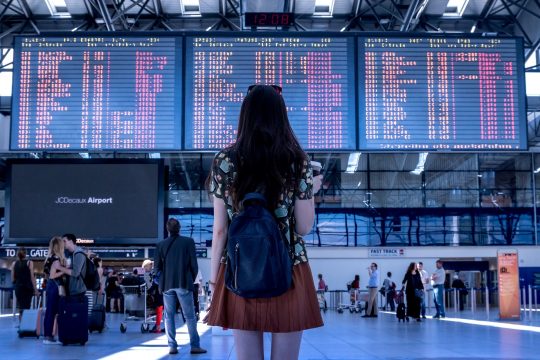 Financial Implications of Coronavirus for Tourists

Many of those stranded had travelled abroad prior to Europe’s outbreak of COVID-19 and its rapid descent into a global pandemic. Now, as they try to navigate their way back home as safely as possible, they face unprecedented hurdles.

British tourists who are struggling to return home to the UK from the likes of India and Australia have reached out to national and regional news publications in a desperate attempt to urge the government to help. Speaking to the Express and Star, the daughter of one couple from Wolverhampton voiced her concerns despite the government’s indication that charter flights from India to the UK are set to begin this week:

“There has been no official contact from the UK government and the information that is online is conflicting. The circumstances are getting worse for people who are stuck out there. At the moment it feels like we are being ignored.”

She revealed that her parents, who are currently stuck in India and who are aged 65 and 67, are relying on family connections to obtain the medication they require.

Regrettably, this is the case for citizens across the globe. Some British nationals in Australia were reportedly advised by the British consulate to ‘take out a credit card and book a flight home’, despite commercial flights costing thousands of pounds and consistently being cancelled.

While Dominic Raab has pledged £75 million to support flights and airlines in order to keep the cost down and affordable for those seeking to return to the UK, many feel this is too little, too late.

Many tourists have already lost thousands of pounds in trying to return home.

Greater support is needed for British citizens who hold temporary visas in foreign countries and who are still attempting to return to the UK. Many of those on working holidays abroad now find themselves unemployed and without any source of income, yet they are being offered little in the way of financial support from the government.

Similarly, those who hold temporary visas in the UK and who have been rendered jobless as a result of the Coronavirus must also be provided with robust support. This is a global issue and one which must not see migrants fall through the cracks; those residing or travelling outside of their home countries are particularly vulnerable at this time and are heavily reliant upon government intervention and support.

While the UK government has announced it will automatically extend all visas due to expire between 24th January-31st May 2020, more must be done for migrants with no recourse to public funds.

IAS’ team of immigration lawyers are continuing to provide legal advice and assistance at this time and are offering Skype/video call appointments to protect both staff and clients.

You can get in touch with our London, Manchester, or Birmingham immigration lawyers, or use the office finder to find the closest branch to you. To enquire, get in touch today on 0333 305 9375.

We can help you if you need advice about how Coronavirus restrictions may impact your immigration claim, application or renewal. Call us now