Report Blasts Home Office's Immigration Policy as Based on 'Prejudice'

The report claims that the Home Office displays ‘very little concern’ over the damage done but its failure toward both illegal and legal immigration populations in the UK.

The damning report indicated that the department has no idea how many illegal immigrants are in Britain, and also had no clue as to whether the controversial ‘hostile environment’ policy has made any difference in deterring illegal immigrants from the UK.

According to the report, the last time the Home Office attempted to calculate the number of illegal immigrants was way back in 2005. Also, the report accused the Home Office of not knowing the whether the £400 million spent annually by the Immigration Enforcement Directorate was achieving anything. 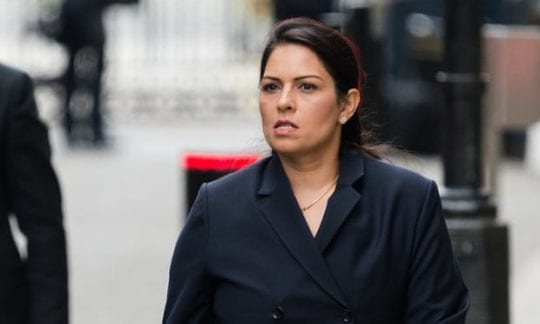 A spokesperson for the Home Office stated that the Home Secretary Priti Patel agrees with the report’s findings. [Image Credit: Guardian]

The Home Secretary agrees with the assessment made by the public accounts committee of historical issues at the Home Office. She has spoken at great length how the department puts process before people and is why she has committed to implementing the findings of the Wendy Williams Review into Windrush.”

Meanwhile, the Chair of the committee, Meg Hellier, said that “the department has inspired no confidence to suggest that there isn’t another Windrush-type debacle around the corner”.

The report found that 62% of people detained by UK Immigration authorities in 2019 were released without being returned to their country of origin, as was originally planned, which is up from 58% in 2018. The report suggested that the Home Office has no idea why the numbers are so high.

“The government’s failure to secure post-Brexit arrangements means that once the transition period ends on 31 December, there is a real risk that leaving the EU will make it even more difficult to deport foreign national offenders and those who enter the UK illegally.”

Lack of Diversity Within the Home Office

Within the Home Office’s executive committee, just one member is from a BAME background.

“The department has done little to dispel accusations that its decisions are based on a lack of curiosity, preconceptions and even prejudice.”

“The Home Office has frighteningly little grasp of the impact of its activities in managing immigration. It shows no inclination to learn from its numerous mistakes across a swathe of immigration activities – even when it fully accepts that it has made serious errors.”

“The Home Office has frighteningly little grasp of the impact of its activities in managing immigration. (Meg Hillier)

Hillier went on to say that she believes there needs to be systematic change within Immigration Enforcement.

The Chair declared the UK’s immigration system as ‘unfit for purpose’ and that it is time for transformation of the Immigration Enforcement into a data-led organisation.” 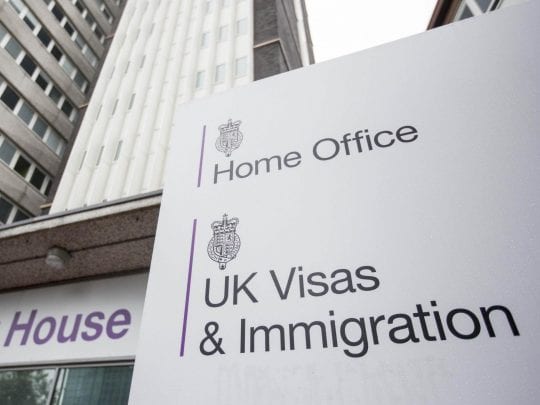 The immigration system has been labelled as unfit for purpose by the Chair of the House of Commons Home Affairs Committee. [Image Credit: Independent]

She said that within six months, the committee expects a detailed plan with set priorities and deadlines.

Do You Need Immigration Legal Assistance?

The Immigration Advice Service is continuing to offer expert immigration legal advice and assistance in all areas of immigration law. We are based across the UK, in areas including London and Manchester.

If you have any questions regarding your immigration status in the UK, or if you would like immigration application assistance, please do not hesitate to get in touch on 0333 305 9375.