Priti Patel has promised new laws to deny asylum to those using illegal routes to enter the UK, after calling the current system “fundamentally broken”.

The aim, as announced by the home secretary at the Conservative party conference, is to stop “endless legal claims” from refused asylum seekers starting from next year.

Patel has defined the new system “firm but fair”, with immediate acceptance for those seeking asylum and coming using legal routes. At present, more than 40,000 people are waiting their decision under the current system, and half of them has already been waiting for a year or more.

Patel claimed that the new system would be:

Minnie Rahman, public affairs and campaign manager at the Joint Council for the Welfare of Immigrant, has joined other human rights campaigners in their fight against Patel’s announcement.

“Patel’s speech shows a determination to make things worse, not better, by focusing on getting as many people as possible out of the UK as fast as possible.

“What she should be focusing on are the workable solutions already presented to her many times over: policymaking based on evidence and grounded in the rule of law; an overhaul of Home Office systems and training to eradicate racism; and more safe legal routes to claim asylum so that people do not risk death in their quest to reach safety.”

Are you seeking asylum in the UK?

If you and your family wish to seek asylum in the UK, IAS’ immigration lawyers can offer professional help. We are based in the UK, with offices in London, Manchester, Birmingham and many other areas. Call us today on 0333 305 9375 or use our live chat to talk to our customer care team and book your first appointment with one of our professionals. 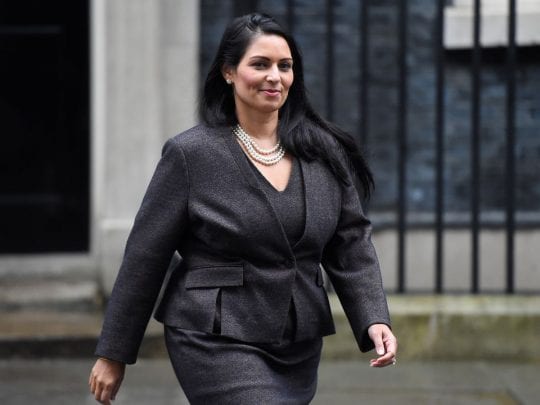