A British lawyer was left baffled and upset after receiving a letter from the Home Office stating that his UK Visitor Visa application had been refused, despite having applied for a Spouse Visa.

Samir Pasha, 31, had submitted a Spouse Visa application in order to bring his newly-married wife, Zunab Fareha Pasha, a 24-year-old dyslexia specialist, to the UK.

Mr Pasha was acting as his wife’s sponsor for the application on account of his status as a British citizen, and had submitted hundreds of pages of supporting documentation to the Home Office.

A Spouse Visa application requires the applicant to not only submit paperwork pertaining to income and employment- for example proof that they satisfy the financial requirements- but also evidence of the ‘genuine and subsisting’ nature of their relationship.

The completion and submission of Mr Pasha’s application to the Home Office cost a total of £3,204 plus legal costs, only for him to receive a letter of rejection for a £95 Visitor Visa application that he did not submit. This error occurred despite the fact that the Visitor Visa application process is far more simpler than that of a Spouse Visa, and involves nowhere near the same level of supporting documentation.

Mr Pasha is now stuck as he has no right of appeal against a visa he did not apply for, and has expressed his intention to stay in Pakistan until the situation is resolved:

‘I have no right of appeal and no right of administrative review. I’m in Pakistan with my wife. Our trust in the British immigration system has been shattered. I will have to stay in Pakistan for as long as it takes for this to be rectified.’

The Home Office has now apologised to Mr Pasha for sending a ‘blank visa refusal notice’, and stated that the Visitor Visa refusal has been overturned and the Spouse Visa application will now be reconsidered.

Remarkably, Mr Pasha’s family has been affected by Partner Visa issues in the past. When Mr Pasha’s brother applied for a Spouse Visa for his wife Rabia Mueen Pasha, the Home Office refused it on the basis that it was not credible for him to be away from the family pizza business for several months. They also said there were inconsistencies in the descriptions of the menu provided by him and his father.

An immigration tribunal judge rejected the reasons for Mr Pasha’s brother’s refusal, and ordered the Home Office to pay the couple £140, which they are yet to receive.

‘Ms Zunab Pasha’s application was correctly handled by the Home Office as a spousal visa and was refused. However, due to an administrative error, an incorrect form was issued to Ms Pasha.

‘In light of this error, we will now review the application and the fee already paid will cover this, so Ms Zunab Pasha will not have to pay again. We apologise for any inconvenience caused and will contact the customer directly. In the case of Ms Rabia Pasha, we are reviewing the judge’s comments and considering our next steps.’

Do you need help applying for a Spouse Visa? Our lawyers can assist you, they offer an application package to guide you through the whole process. We have offices located across the UK, including in London, Manchester and Birmingham. Get in touch today to book your appointment. 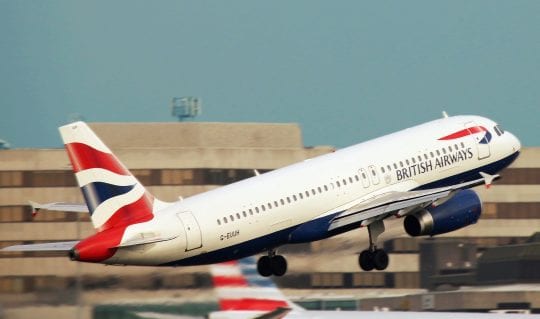 Mr Samir Pasha had applied for a Spouse Visa so that his wife could join him in the UK, yet was left baffled when he received a letter of rejection for a Visitor Visa application. [Image: Pixabay]

The Home Office has stated that the original Spouse Visa application will now be reviewed. [Image: Relocate Magazine]