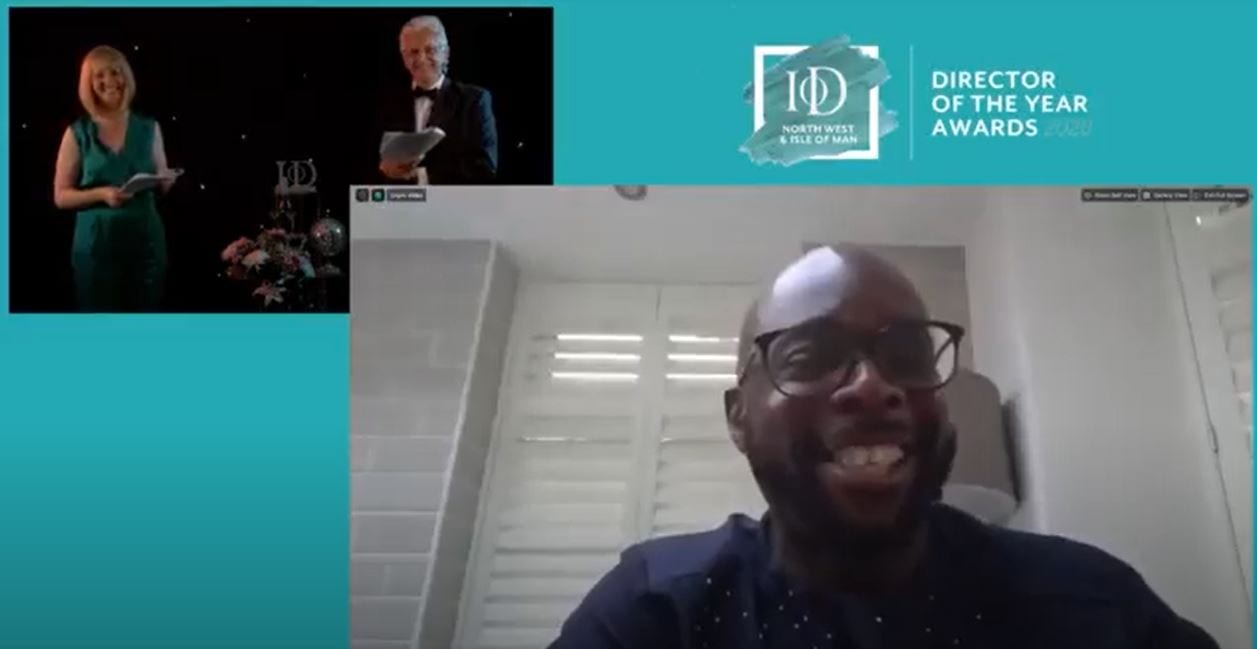 Earlier this week, the IAS was thrilled to receive news that its Director, Ono Okeregha, received a much-coveted award from the Insitute of Directors (IoD): the North West SME of the Year Award.

Further to this, we also received a special commendation within the ‘Equality, Diversity and Inclusion’ category.

Okeregha was selected from a shortlist of 14 finalists, all of whom have excelled in their fields of business and expertise.

The winner was announced via an online award ceremony, to compensate for social distancing policies.

The IAS’ staff are extremely pleased that their Director and the IAS’ efforts are being recognised at this level, as is Okeregha, who said in response:

“I am absolutely gobsmacked. In the midst of such eminent nominees, I am […] really humbled to have been selected.”

“The work is really down to my team and my colleagues”, he went on to say. “And I’m really proud to be leading them”.