A new survey conducted by Ipos Mori has revealed that the majority of Britons do not favour reduced immigration to the UK. The poll revealed that less than 50% of the UK public want to see immigration levels reduced.

The survey also showed that 12% of those surveyed would like to see increased immigration to the UK. This represents a 9% rise from August 2019. Also, the number of people wanting fewer immigrants in the country has dropped from 67% to 49% since February 2015.

Ipos Mori’s research suggests that empathy is the driving factor behind the change in the British public attitude towards immigration. In August 2019, 53% of people said they had sympathy and by the end of 2020, this had increased to 56%. Those saying that they had little or no sympathy dropped from 43% to 39%.

Meanwhile, 42% of survey respondents consider it “important” to have a UK immigration system which is fair.

The drive towards anti-immigration laws appears to not be a result of demand from the British public and instead, a result of the ideology around UK immigration policy.

The chief executive of Refugee Action, Stephen Hale, said: “This heart-warming poll confirms that more people than not want a Britain that welcomes and supports people fleeing violence and oppression.”

The UK government’s approach to immigration has led to refugees and asylum seekers facing significant hardship.

The Home Secretary, Priti Patel, has developed a temporary accommodation network to hold those seeking asylum.

And in immigration detention centres and refugee camps, mass COVID-19 outbreaks have emerged.

Also, asylum seekers who are being held in the UK claim that contractors operating the detention facilities and refugee camps have warned them that if they “misbehave” or “speak out against conditions” in the facilities and camps, their asylum applications will be at risk.

Just in the past couple of weeks, former UK immigration minister, Caroline Nokes, labelled the UK approach to immigration “inhuman”.

Nokes described the current direction of the Home Office as “profoundly depressing” and at times, “hideously wrong”.

“I don’t know where we go next from here. I think it’s a great shame that they aren’t being more compassionate towards some really vulnerable people.”

“The approach to asylum will cost UK taxpayers more, add to processing delays and fail to follow correct protocols.”

This latest poll from Ipos Mori seems to suggest that the majority of the British public do not agree with current Home Office policies either, leading one to wonder whether the government’s repeated suggestions that their immigration policy is in line with what the public wants holds true at all.

If you are looking for any immigration advice or application assistance, the IAS is here for you. We provide expert guidance in all areas of immigration law, including asylum, Skilled Worker Visas, Tier 1 Visas and Indefinite Leave to Remain.

We have a number of offices located across the UK, including in London, Manchester, and Birmingham. You can also use the office finder to find your nearest branch. Whatever your immigration query may be, we are here for you. 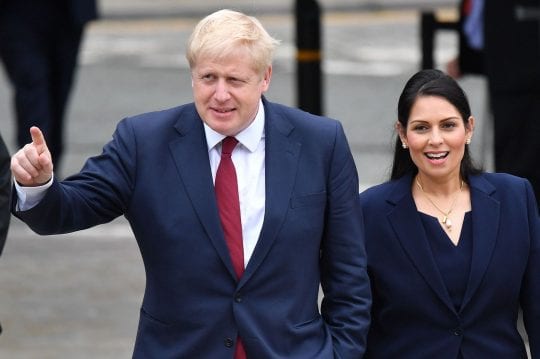 The UK government appears to be acting in accordance with ideology rather than public opinion. [Image credit: Ben Stansall/AFP] 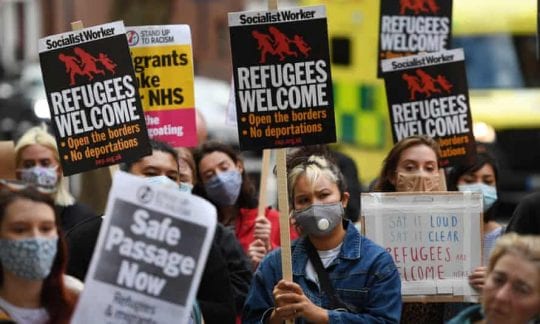 The Ipos Mori poll revealed that the majority of the UK do not favour reduced immigration to the country. [Image credit: Andy Rain/EPA]